‘Bittersweet’ end to The Voice for Kathleen Mahon 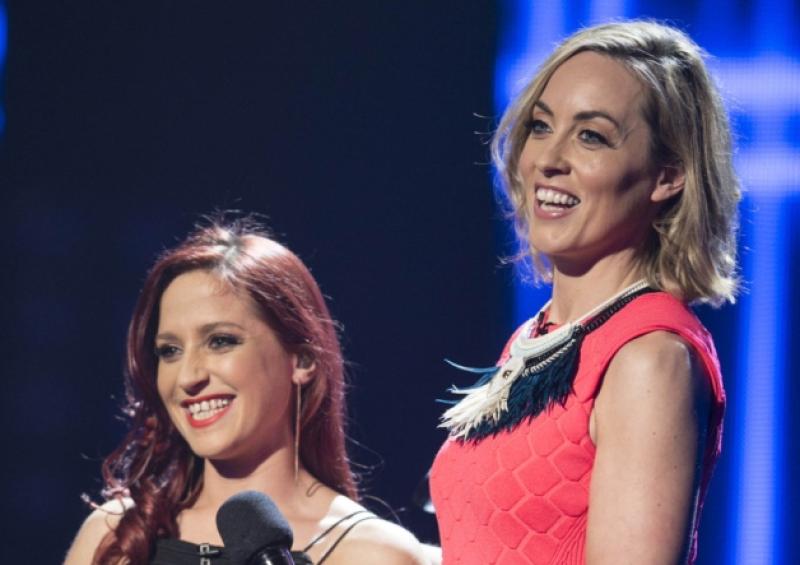 Though her time on The Voice of Ireland has come to an end, it’s definitely not the last we’ll hear from Kathleen Mahon.

Though her time on The Voice of Ireland has come to an end, it’s definitely not the last we’ll hear from Kathleen Mahon.

After making it through the Battles, Kathleen lost out on first live show of The Voice on Sunday night despite a wonderful performance on live television.

Speaking to the Leader about an amazing week, Kathleen explained that she had spent a few days in Dublin for rehearsals. There, she got the chance to bond with her fellow contestants, particularly with Shauna Nolan and Patrick Donoghue, against whom she was competing on Sunday night.

Trying not to let her nerves take hold, Kathleen admitted that she really enjoyed performing on the Helix stage, “I knew I had done all I could do, so I was happy,” she added.

Performing second on the night for Team Una, Kathleen belted out Led Zeppelin classic ‘Whole Lotta Love’, making her presence felt in The Helix and receiving excellent praise from the judges.

“I was delighted. I was so happy because their opinions do matter,” Kathleen stated.

However, Kathleen revealed that once she was paired with Shauna and Patrick, she had an idea that Patrick would be the one progressing, and so it was on Sunday night.

“It is bittersweet, because you don’t want to say goodbye to anybody but you are genuinely happy for the person that goes through,” Kathleen continued.

As well as handing over her Longford Rose sash this April, Kathleen will also appear at a number of festivals this summer, including the annual Hype Youth Festival.

“I’d love to get my head down and start doing a bit of songwriting and playing with musicians again,” she pointed out, before extending a huge thanks to her family and friends, all at the Attic Youth Cafe, fellow Longford Goes Strictly Dancing competitors and her Rose festival supporters.

It’s been an amazing year for the youth worker, which began when she was crowned Longford Rose last year.

As well as making it through to the live rounds of The Voice of Ireland, the talented local lady also came second in the Late Late Show Eurosong special, performing Charlie McGettigan’s ‘Anybody Got A Shoulder’.

Looking back over that time, Kathleen laughed, saying, “I couldn’t complain, I’ve had such a ball in the last twelve months,” before going on to add, “It’s all started with the Longford Rose so I am encouraging girls to go for the Longford Rose, it has changed me!”