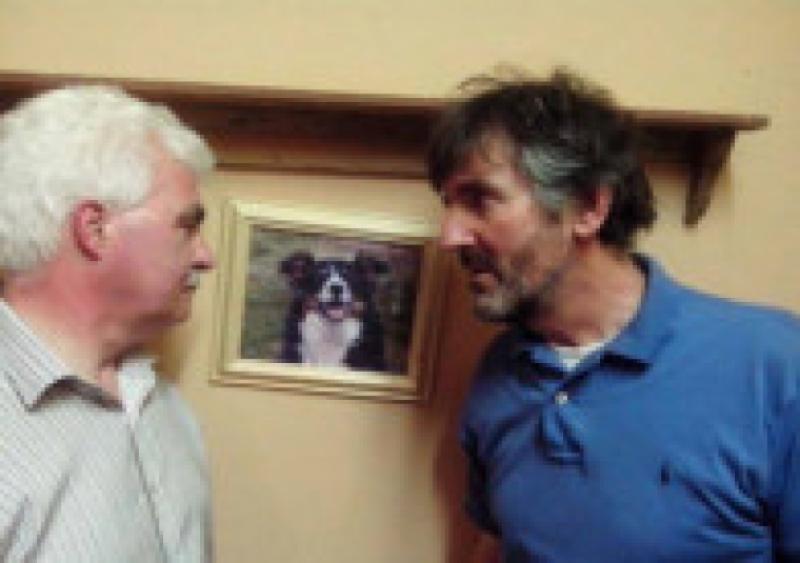 Beezneez Theatre Company will make a welcome return to the Backstage Theatre this week with Martin McDonagh’s ‘The Lonesome West’.

Beezneez Theatre Company will make a welcome return to the Backstage Theatre this week with Martin McDonagh’s ‘The Lonesome West’.

Having waited four years to get the cast he wanted for the show, Artistic Director of Beezneez Theatre Company, John McDwyer says his patience was rewarded.

“I have wanted to direct ‘The Lonesome West’ for four years now but I was adamant as to the cast I wanted to work with on this masterpiece so I waited until all four became available at the same time and rehearsals have shown me that patience was well rewarded,” he states.

Starring Gerry Farrell, Peter Davey, Margaret Kilcoyne and Brian Gallagher, ‘The Lonesome West’ has been described by McDwyer as the maddest play he has ever directed. McDonagh’s rich language comes rolling off the stage in a play where you can be murdered for criticising a hair style and where two feuding brothers heap violence on each other over crisps, poteen and religious figurines.

Fire into the mix a befuddled curate who averages twelve crises of faith a week and a young, schoolgirl poteen seller who has designs on the same curate and you have all the ingredients for a night of pure theatrical mayhem.

The show has been nominated for four Tony awards, after running for over a year on Broadway. An unmissable evening of theatre is in store with what is quickly becoming one of the most popular Irish plays of all time.

Theatre fans already know the quality to expect from any Beezneez production and their production of ‘The Lonesome West’ is likely to be talked about for some time.