All invited to BTG open night 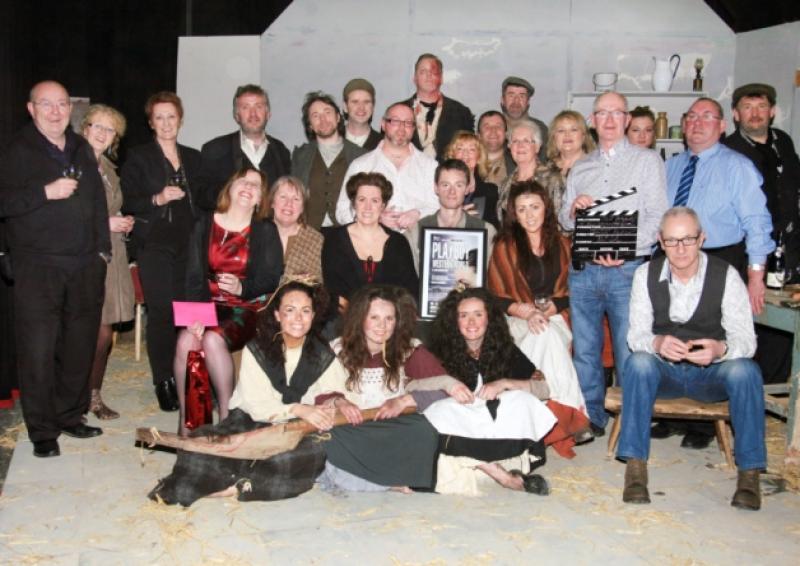 Ever watched a play and wished you could be on stage with the cast? Or behind the scenes with the crew?

Ever watched a play and wished you could be on stage with the cast? Or behind the scenes with the crew?

Just after celebrating their 25th anniversary, Longford’s Backstage Theatre Group are offering locals the chance to do just that by hosting an open night on Wednesday, April 30.

Following on from a busy two years – producing successful shows including ‘The Playboy of the Western World’, ‘Ritual for Dolls’, ‘Our Town’, and most recently, ‘Sharon’s Grave’ – the group are hoping to gather new members to share in that success.

Anyone with an interest in any aspect be it acting, lighting, costume, set or sound, are invited along to the event, .

Speaking about the event, general committee member and member of the Programming and Development Committee, Christine O’Brien, explains that the night will begin with an introduction on ‘how a play is put on, from page to stage – the process involved’.

Existing members will then perform a rehearsed reading, so that newcomers can get a feel for what is to come. Those in attendance will also get a chance to read before they are all assigned to a director and play.

The fear of auditions will be eliminated for this event, with a draw system choosing plays and parts. Each newcomer will then sit down with their director and fellow cast members to arrange a rehearsal schedule.

The end product will be a private performance for friends and family only on May 30 at the Canal Studio.

Long serving members of the Backstage Theatre Group, Christine and Chairman of the Programming and Development Committee, Ollie Kenny, wholeheartedly encourage locals to get involved.

“You’re not just getting the chance to do what you love doing, but you’re meeting like-minded people,” Christine says. Ollie agrees, adding, “not only is the group a great social outlet for members, but when you express yourself artistically, there is such a buzz!”

Admitting that the open night was a topic which came up regularly in the committee’s meetings, Ollie commented, “new members make it very exciting from our point of view and also, the audience would like to see new members on stage.”

The open night will take place at the Backstage Theatre on Wednesday, April 30 at 8.30pm.