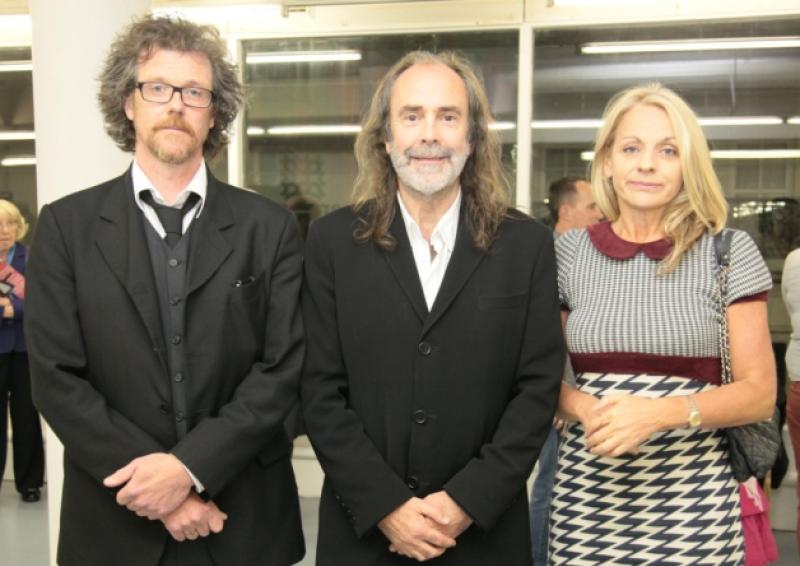 On Friday, September 20, the old Providers building on Main Street, Longford once again opened its doors to the public.

On Friday, September 20, the old Providers building on Main Street, Longford once again opened its doors to the public.

The iconic local building was once again lit up as it was transformed into a bright, spacious art gallery for the ‘Engage’ exhibition.

Appropriately celebrating its launch on Culture Night, the exhibition was opened to the public on Friday last, displaying pieces by some of the best artists living in, working in or originally from Longford.

Even approaching the well-known building, it was instantly clear that the exhibition had drawn a large crowd, as art enthusiasts and curious locals gathered together to celebrate the visual arts and the talent of our local artists. A variety of pieces were on display, covering a wide range of disciplines, from paintings and sculptures to audio and performance.

All in attendance were enthralled by the work on display, and in awe of the talented artists who put the exhibition together. Those at the launch were even lucky enough to get a short preview of Frank Farrell’s one-man show, ‘Turf’.

The exhibition was officially launched by well-known Irish journalist John Waters, who said that it was “lovely to see Longford so vibrant”. He also admitted that he was surpised by activity like this held in a town of Longford’s size, adding that he would love to see it built upon.

County librarian Mary Carleton Reynolds was full of praise for the exhibition. “It’s a magnificent space” she said, adding “it’s such a lovely atmosphere”.

A key member of the organising committee, and also a featured artist, Shane Crossan was delighted with the event’s success. Glad that people attended the exhibition and enjoyed it, Shane also added that Engage are “actively seeking new and motivated members”.

Once the exhibition had closed for the night, the crowd moved on to the Longford Arms Hotel, where the celebrations continued with music and chat until the early hours of Saturday morning.

The exhibition will remain open until Sunday, September 29. ‘Engage’ will be open to the public during the week from 12.30pm-5.30pm, and on Saturday and Sunday from 12pm-6pm. For more information about the initiative or the artists involved, visit the Facebook page on www.facebook.com/engagelongford1.