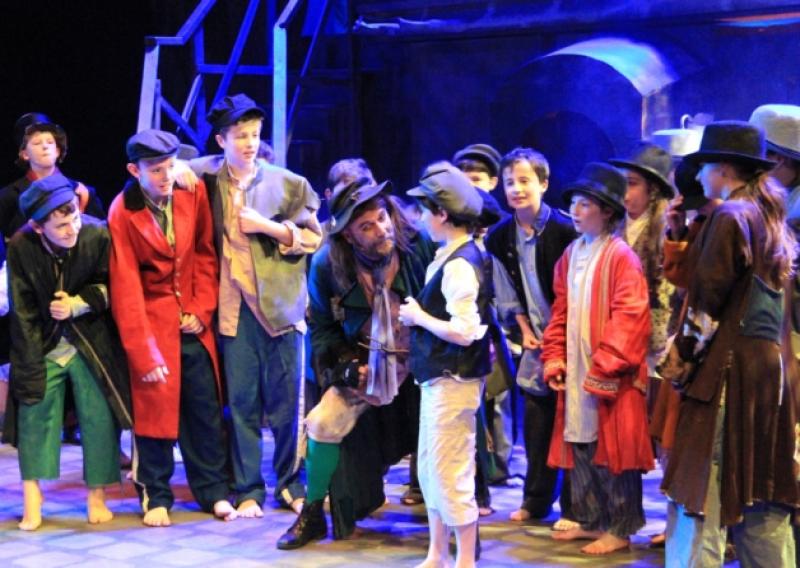 Those lucky enough to get a ticket for the sell out St Mel’s Musical Society’s 2014 production are in for a real treat.

Those lucky enough to get a ticket for the sell out St Mel’s Musical Society’s 2014 production are in for a real treat.

A major success for the company, ‘Oliver!’ sold out nine nights at the Backstage Theatre, and having seen the show, it’s not difficult to see why.

With a cast of almost 60, and many, many more working hard behind the scenes, the production rivalled any West End show.

A number of society stalwarts returned to the stage, with five cast members taking on the show with the society for the second time, the first being in 1992. Having played the frightening Bill Sykes in the 1992 production, Benny O’Brien turned his sights this year to the iconic role of Fagin, and pulled off his performance flawlessly. Meanwhile, a familiar face in the society, Lyndsay Clyne, returned to the stage, providing some show-stopping moments throughout the night, playing the role of the feisty Nancy. Lyndsay’s beautiful voice and incredible acting took the audience on an emotional journey from the jovial ‘Oom pah pah’ to the emotional ‘As long as he needs me’.

Another standout performance came in the form of Tony Wadd, who as Bill Sykes, demanded the audience’s attention with his incomparable stage presence.

A special mention must, of course, go to the children in the show, who added a lot of energy and fun to the production. In the starring role of ‘Oliver’, Jack Oates left a lasting impression on the audience, tugging on their heart strings with a note-perfect rendition of ‘Where is love’. Jack’s friend and co-star Dylan Murray was also an audience favourite, his charm and stage presence impressing the audience on opening night.

With that said, however, every member of the society, on and offstage, put their heart and soul into the show, and the effort paid off, with a standing ovation from a very happy audience.

‘Oliver!’ will continue at the Backstage Theatre until this Saturday, April 12.