Arthur’s Day; A celebration of Irish culture, or a boozed up affair? 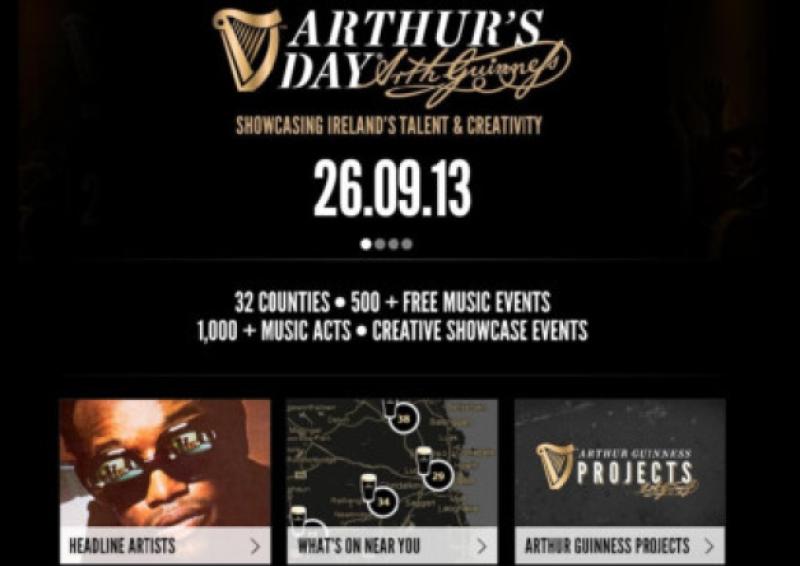 As if Irish people needed an excuse to take to the barstool, the brainchild of Diageo, Arthur’s Day, has come around once more.

As if Irish people needed an excuse to take to the barstool, the brainchild of Diageo, Arthur’s Day, has come around once more.

Beginning in 2009 on the anniversary of 250 years of Guinness, Arthur’s Day has become an unofficial national holiday revolving around the famous stout.

Famous acts are flown from around the globe to play secret gigs in bars throughout the country. With that it also lures the impressionable Irish youth and the new-found mantra that “Ah, sure I have to have a Guinness, its Arthur’s Day”.

The new festivity of Irish culture has highlighted the stereotypical binge drinking Irish and the social problems which arise on such occasions. The main concern being that it does not stop with a toast to Arthur at a minute to six; rather it becomes an intoxicated affair which can often span into a four day weekend ritual.

While the idea behind it is nothing short of marketing genius, the destruction which is left in its wake is forgotten by the revellers and not of much concern to the Diageo head honchos. Everyone is partial to “having the craic” and having a Guinness but it never stops there. It is a reflection of Irish society which makes what could be a celebration of music and our culture turn into a chaotic celebration of alcohol.

In hundreds of pubs all across Ireland, a variety of acts will set the backdrop for the drink giant who is set to make a small fortune, essentially from dangerous products. No matter how much “drink sensibly” is yelled from St James’s Gate, a festival which was established to celebrate alcohol is going to have a damaging effect.

Longford is not at the epicentre of the commemoration but it has seven pubs listed on the Guinness website as being a part of the Arthur’s Day events. What will our town reflect?

It is up to the individual to drink responsibly. While we can all have a Guinness and make a toast to Arthur, it is how far we buy into the advertising that sets us apart. Too often, public holidays such as St Stephen’s Day and St Patrick’s Day have turned into a mass mob partaking in alcohol fuelled chaos but this need not be the case on Arthur’s Day.

While the substance abuse in the country far surpasses that of which happens on Arthur’s Day, the problems will continue to arise until we each make a decision to do something. By taking the personal control to enjoy the spectrum of events rather than partaking in a boozy affair, we may just uphold a real sense of pride in being Irish.