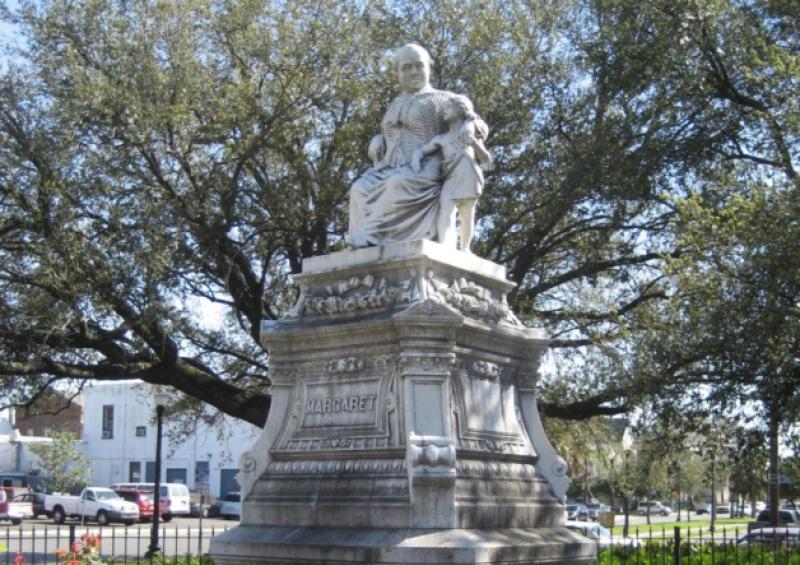 The local community in Carrigallen recently honoured a woman who rose to fame in the USA after emigrating from the Co Leitrim village in the 1800s.

The local community in Carrigallen recently honoured a woman who rose to fame in the USA after emigrating from the Co Leitrim village in the 1800s.

Margaret Gaffney became a much-loved figure in New Orleans for her philanthropic work with a number of orphanages in the city.

Orphaned while her family lived in Baltimore, Margaret suffered further tragedies when her husband and infant daughter died within a short space of time of each other after the family moved south to New Orleans.

“We feel that perhaps the tough life she had made her so good at what she did,” says Helen Corcoran, the local librarian in Carrigallen. “She noticed homeless children on the streets and was moved by her plight. After approaching Sr Regis, who managed the Roydras Orphanage, she set up a cattle business in order to raise money for the institution -perhaps thinking back to her old home in Ireland. It wasn’t long before it was making money.”

Over the coming years, Margaret expanded her business and established a ‘baby house’ using a loan which took her 16 years to pay back.

“She also loaned money to a local baker, and discovered she had become the main shareholder in the business,” Helen continues. “She used the bakery as a source of food for the orphans and the homeless. She fed everybody, regardless of creed or colour, and aided soldiers on both sides of the American Civil War. She was very charitable, investin g profits for the benefit of the poor and keeping very little for herself. What is remarkable is she couldn’t read or write and even signed her will with an ‘X’.”

When Margaret died, local newspapers were edged in black and she was afforded a state funeral. Shortly afterwards, a statue was erected in her honour, which Eamon De Valera visited in 1920.

“We held an event to celebrate her 200th birthday on June 15, in conjunction with The Gathering,” Helen adds. “We had the official opening of her birthplace by David Rawle from Mooneboy, an ecumenical service and music, poetry and other activities throughout the day.

“As a further tribute to her, any profits from the event will go to local charities.”