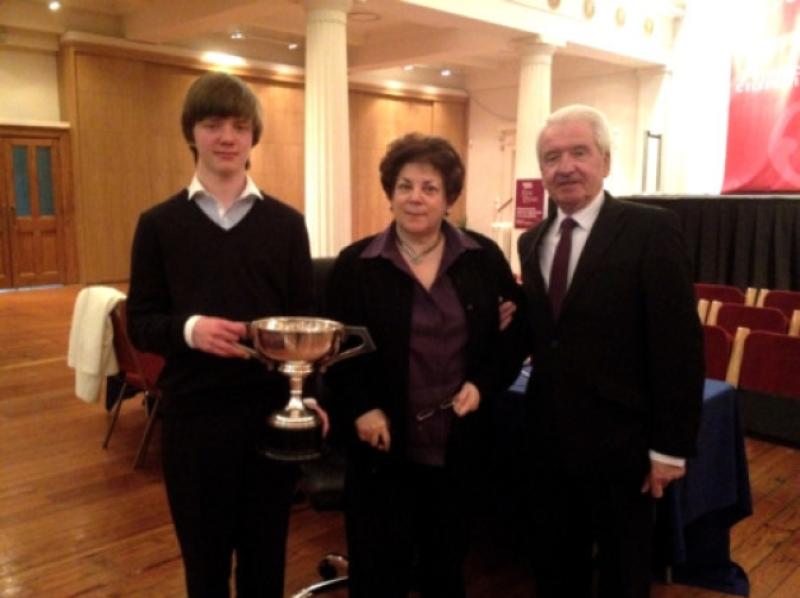 A Lanesboro teenager is currently making waves in the world of classical music. Peter Regan from Rockwood already has a number of high profile performances under his belt in Ireland and across Europe.

A Lanesboro teenager is currently making waves in the world of classical music. Peter Regan from Rockwood already has a number of high profile performances under his belt in Ireland and across Europe.

The pianist also has several awards to his credit, including numerous trophies from the Electric Ireland Feis Ceoil and the Royal Irish Academy of Music. He will spend this summer studying at the world-famous Aspen Music Festival & School in the USA, but before he flies out he will perform at a special concert at St John’s Church in Longford on Friday, May 24 alongside his mentor, internationally-acclaimed concert pianist John O’Conor, and violinist Phoebe White.

“I started playing the piano when I was eight years-old and I took lessons with Anna Egan from Ballyleague all the way through primary school,” said Peter, who is a son of Frank and Annette. “I then went on to secondary school in St Finian’s in Mullingar, and I was a member of the Schola Cantorum there, which is a programme set up to promote the playing of music in churches. While I was there I received lessons from Marie Therese Cotter and I also started playing violin and organ.

“I left St Finian’s after the Junior Cert because there’s no Transition Year in the school and I didn’t want to go straight into studying for my Leaving Cert – I wanted to be able to focus on my music for a while. So I transferred to Wesley College in Dublin, which has a great tradition in music and has fantastic facilities.”

Peter has played with the Young European Strings Orchestra and last year they went on tour to Budapest in Hungary. “We performed in the house of Zoltán Kodály, a famous Hungarian composer,” he smiled.

“We also recorded a CD last summer called ‘Third Edition’, which was dedicated to Michael D Higgins. As spokesperson for the group, I invited him to become a patron of the group and he accepted. At Áras an Uachtaráin I performed a piece by Saint-Saëns on a lovely Steinway piano.”

Achieving a high standard takes dedication and Peter reveals a lot of his spare time is taken up with his musical studies.

“My musical training involves a lot of hard work, so I practice for several hours each day. I eventually had to choose between piano and violin because focusing on both would be too much effort. I chose piano mainly because I had been playing it longer, but also because I prefer the fullness of the sound you can achieve with a piano, whereas with a violin you can only play one line at a time.”

Peter now trains under the guidance of John O’Conor, a famous performer and teacher at the Royal Irish Academy of Music, and at conservatories in Washington and Tokyo.

“I’m really lucky to be able to study under him,” Peter admitted. “He has been a huge influence on me and I would really like to follow in his footsteps. I hope to go on to do a BA in Performance under him after the Leaving Cert. He will be playing at the concert on May 24, which is fantastic.”