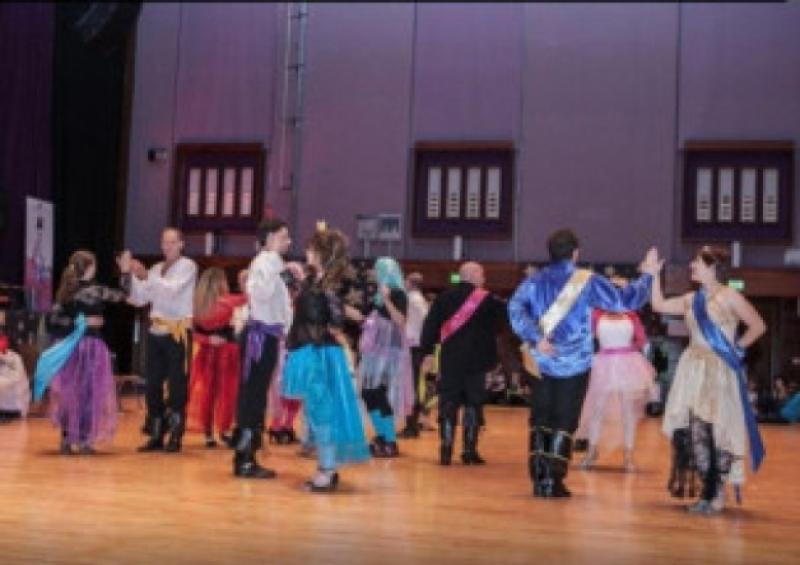 From the lecture halls of Athlone Institute of Technology (AIT) to the dancefloors of the UK, that’s the life for one Longford man who has been making shapes on the British dance scene in recent times.

From the lecture halls of Athlone Institute of Technology (AIT) to the dancefloors of the UK, that’s the life for one Longford man who has been making shapes on the British dance scene in recent times.

Hailing from Ballymahon, Ray Chaplin has been teaching and performing modern dance across Ireland and the UK for the best part of 20 years now. Just last month he and his dance group - Spell-Bound Dance Cabaret Team - danced their way straight to the top when they clinched the second place spot in the National Ceroc Championships where 9 couples performed a modern jive story of Sleeping Beauty and competing against five national teams from all over the UK.

Having attended Ballymahon Vocational School, Ray trained in IT and went on to lecture on the subject

in Athlone. Before long his feet started itching as they say, and the local man’s focus switched to dance and performing.

“From the age of 11, I lived in Ballymahon; after school in the Vocational School I went into IT and was lecturing in AIT,” he said, adding that subsequently he began fixing computers by day and teaching modern dance by night.

“I sort of fell into dancing by accident,” Ray admitted to the Leader last Friday. “I loved dancing and was always doing it myself, but when I decided to start teaching it, the scene changed for me. I was teaching in Ballymahon and in Longford town at one point, and when I made the decision to go the UK, the whole scene really took off for me.”

These days Ray’s dancing takes him the length and breadth of both Ireland and the UK. “I’m dancing everywhere at the moment and it really is fantastic,” he admitted. “Sometimes I dance solo, other times with a partner and we are also involved in group dance as well, so it has been very exciting, particularly over the past while. We participated in the National Ceroc Championships last month and took second place overall there; so that really was a fantastic achievement for both myself and the group.”

The Ceroc Championships are among the most elite modern dance competitions in the UK. Attracting hundreds of dancers, it boasts some of the most talented dancers in Britain and has the compeditive edge that most dancers crave. “It was very competitive and there were 150 to 200 dancers performing there - but we had a great time and were very pleased with our performance overall,” Ray added. “The theme of the Championships was ‘Sleeping Beauty, so there were a number of choreographed dance routines as well as solo, and performances with dance partners as well. It was a fantastic experience and my plan is to continue dancing and learning more about the art.”