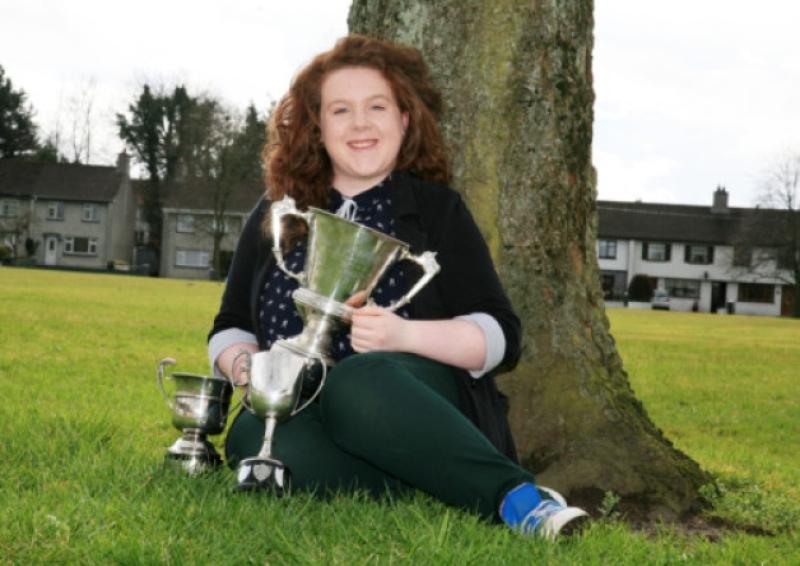 A County Longford girl has been wowing judges and audiences at recent Feis Ceoil competitions with her exceptional singing talent. Maria Matthews from Moyne has even been awarded a bursary to further her development as a classical vocalist after she claimed first place at the Feis Ceoil in Sligo recently.

A County Longford girl has been wowing judges and audiences at recent Feis Ceoil competitions with her exceptional singing talent. Maria Matthews from Moyne has even been awarded a bursary to further her development as a classical vocalist after she claimed first place at the Feis Ceoil in Sligo recently.

“I took part in three competitions and they found the winner of the bursary by adding up the total scores from each competition and finding the average. The singer with the highest average was declared the winner,” she explains. “This year I did an oratorio, or sacred solo, which is basically a religious song. I sang ‘How Beautiful are the Feet’ from Handel’s ‘Messiah’. I also did a solo from a musical, ‘I Dreamed A Dream’ from Les Miserables, and then I did the vocal solo where I had to sing two contrasting pieces, so I did a piece in a German piece by Brahms called ‘Sonntag’ and I also did another piece by Handel called ‘Lascia ch’io Pianga’ from the opera ‘Rinaldo’.”

Maria also participated at the Dublin Feis Ceoil, where she found herself up against competition from across the globe: “People come from Germany, America and other countries all over the world for the Dublin Feis Ceoil. I only entered one competition there this year because I’m studying for my Leaving Cert, so there would have been a lot of pressure if I’d done any more. I entered the Vocal Solo under-18 section, where everyone had to first sing the same piece of music, and then the judges call back finalists based on those performances and you sing a second piece of music. There were 22 in the competition, and only seven got a call back, and I was one of those. I didn’t finish first or second, but I received a commendation.”

The 17 year-old soprano, who is a daughter of Tony and Anne Matthews, has been training as a vocalist since she was in primary school. “I’ve been having lessons with Derek Mahady in Rooskey since I was 10 years-old,” she said. “I also train with Edith Forrest, who is a lecturer in DIT. Edith was actually Derek’s vocal coach when he was in college, so he recommended me to her and arranged an audition, and she took me on.”

As well as singing, Maria also excels at the tin whistle and flute: “It’s a very social sort of thing. I play in a trad group called Doma Beo with Liam and Laura Doherty. We were recently in the All-Ireland semi-final of the School Talent Search. We play at sessions in pubs and at weddings.”

With her Leaving Cert exams fast approaching, Maria is looking forward to college, and it’s no surprise that she wants her studies to focus on music. “I hope to do a degree in music – it all depends on my auditions. The place I really want to go to is DIT,” she admits. “I’ve auditioned there already, and I have auditions for Maynooth and Trinity coming up next month. “I’d love to do performance or to teach singing. The course is very broad and you can branch into many different areas. I don’t have to make a decision until my third year, so I have time to think about it.”