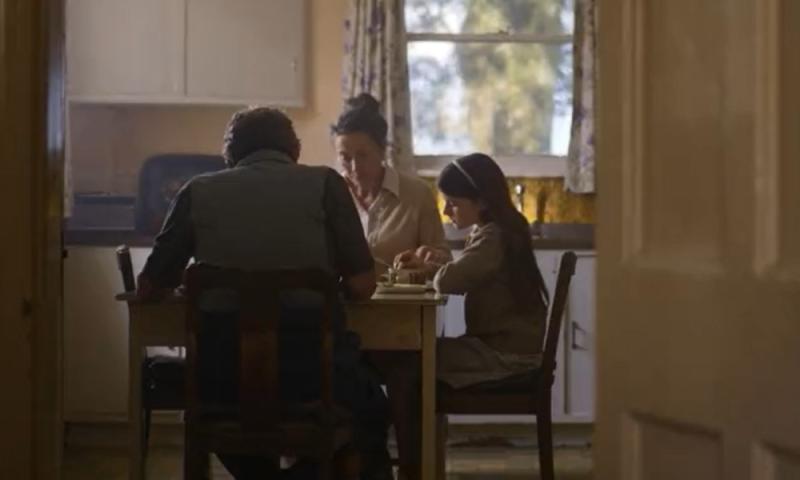 An Irish language movie has won a top award at one of the five most prestigious film festivals in the world.

'An Cailín Ciúin' won the Grand Prix of the Generation Kplus International Jury for Best Film at the Berlin Film Festival, now in its 72nd year.

The full-length feature film is set in the 1980s at a time of mass emigration and high unemployment, and tells the story of a nine year old girl called Cáit from a dysfunctional family who is sent to live with foster parents.

Director Colm Bairéad said it was an honour to be in Berlin and said, "We're making a little bit of history by being here and having our [world] premiere here, which means a good deal to us.

"Irish is our national language and there's a great deal of national pride associated with it, but it is ultimately a minority language in Ireland. So it feels kind of beautiful that our little language that's much beloved but sort of struggling to survive in some sense has managed to come to such a prestigious event. In a way we're speaking to the world in our native tongue."

Director Colm Bairéad talks about the significance of an Irish-language feature film like #AnCailínCiúin premiering at one of the most prestigious festivals in the world. #Berlinale72 #TheQuietGirl #IrishFilm #Cine4 pic.twitter.com/7iOjVtk95g

The Minister for Tourism, Culture, Arts, Gaeltacht, Sport and Media, Catherine Martin, congratulated the cast and crew on their win, stating, "It is a truly remarkable achievement. It acknowledges Irish filmmaking talent on the world stage. Also, the fact that the film is in our native language makes the award all the more special.

"The film made history already as the first Irish language feature film to be selected for the Berlin Film Festival where it was warmly welcomed by the audience at its showing last week.

The minister continued: "This achievement also represents the importance of supporting our film industry. This production was made possible through public funding from Section 481 film tax relief, as well as from Screen Ireland, Broadcasting Authority of Ireland and TG4."

'An Cailín Ciúin' is based on Irish author Claire Keegan’s short story, Foster.