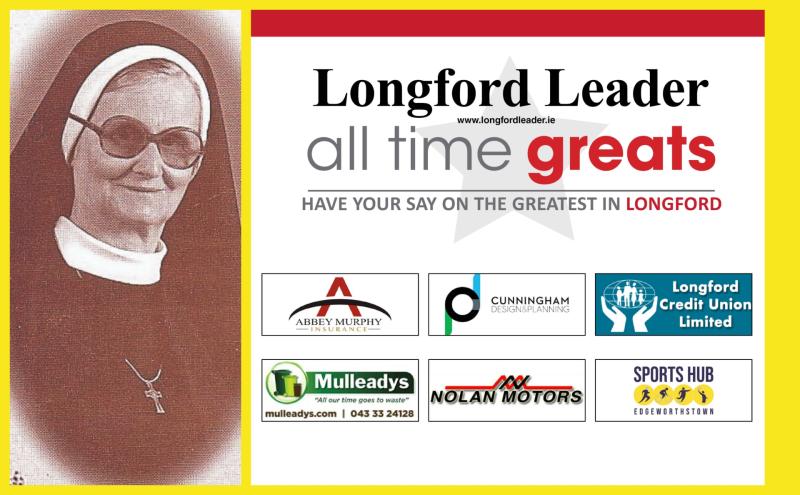 Sister Calasanctius is remembered fondly by Longford folk for the manner in which she cared for others and she had a fifty-year association with the workhouse, later called the County Home and now known as St Joseph's Hospital.

Sr Calasanctius, who is a native of Dromard, qualified as a nurse in Cork and trained as a midwife immediately afterwards. A few months later she joined the Sisters of Mercy in Longford.

Sr Calasanctius devoted her lifetime to helping the sick, the poor and the downtrodden people of county Longford. 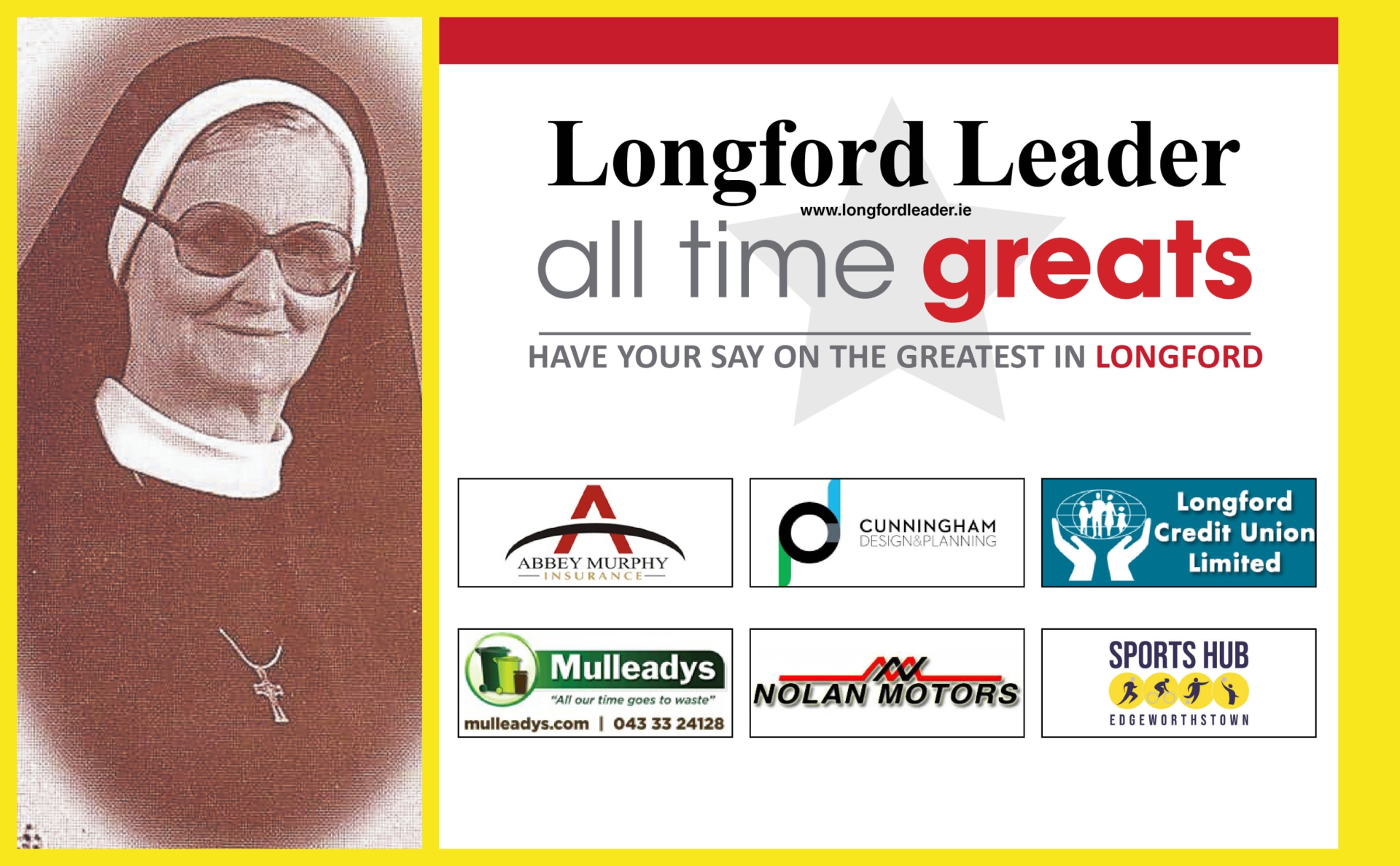