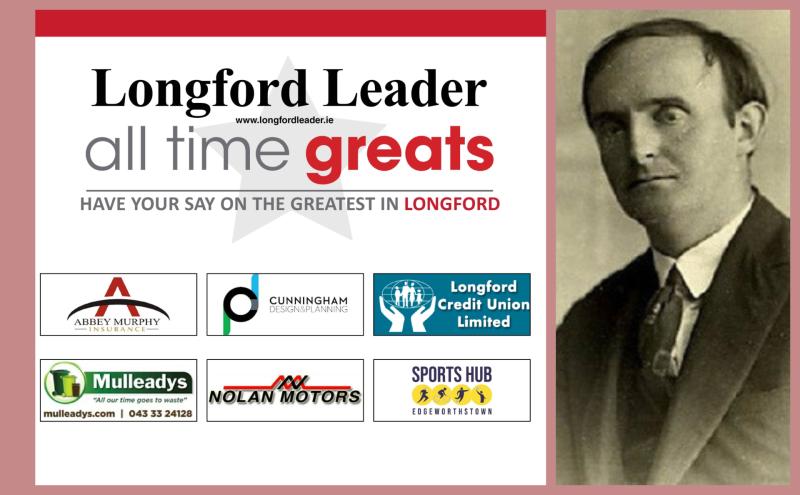 Arguably one of the finest scribes to hail from these shores, Padraic Colum was a Longford-born writer who had had a long and productive life as a poet, essayist, editor, children’s writer, folklorist, biographer and playwright.

He was also a social activist, involved in the national movement for independence, and a colleague and friend of its leading figures.

A native of Colmcille, he played a leading role in the founding of the Abbey Theatre and was one of the original signatories of the Abbey Charter as well as being the brains behind many of its early productions.

The recipient of umpteen awards for his literary prowess, the late Padraic Colum passed away in 1972 and is buried in Sutton, Co Dublin. 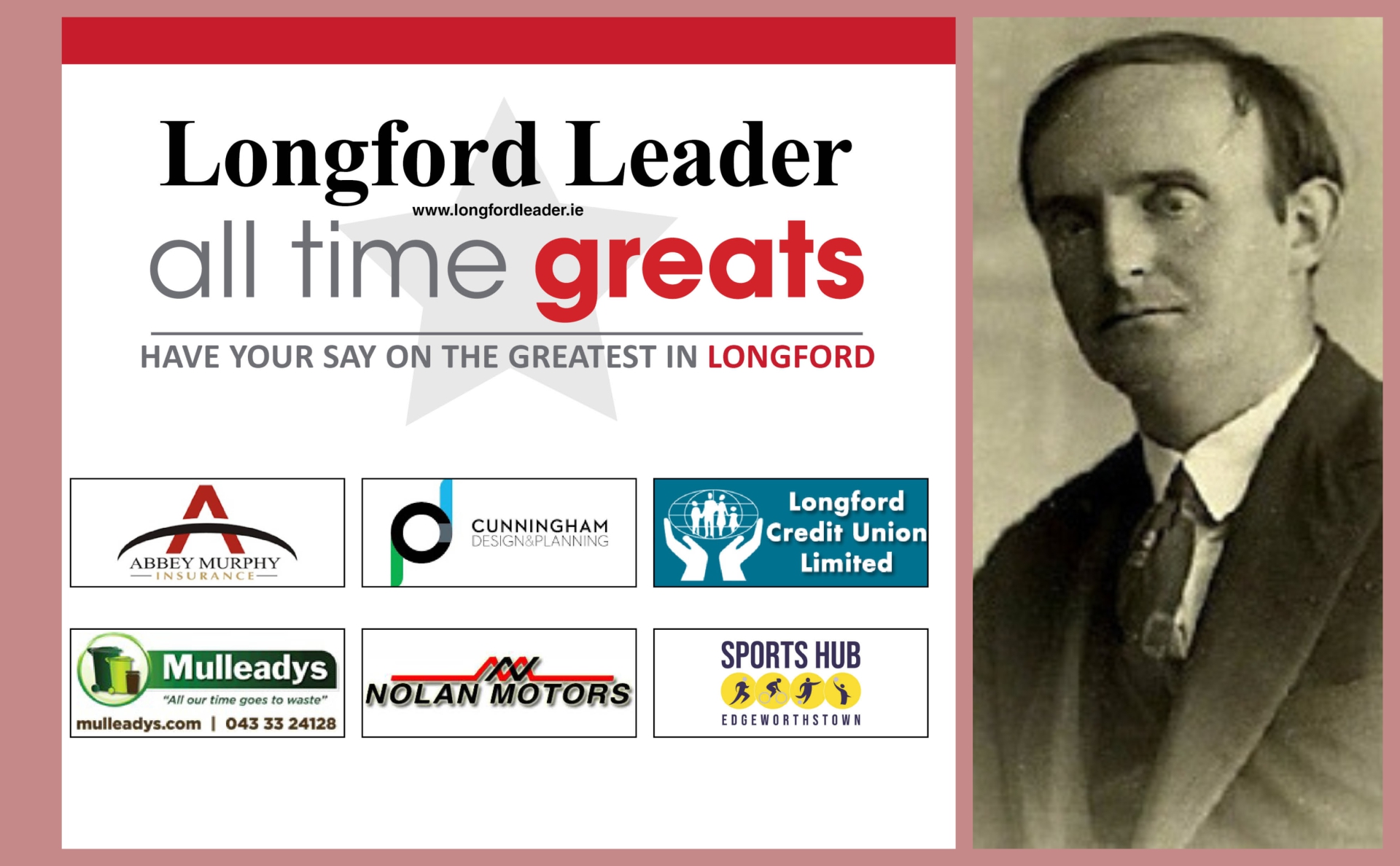