Longford's Cian McPhillips on top of the world 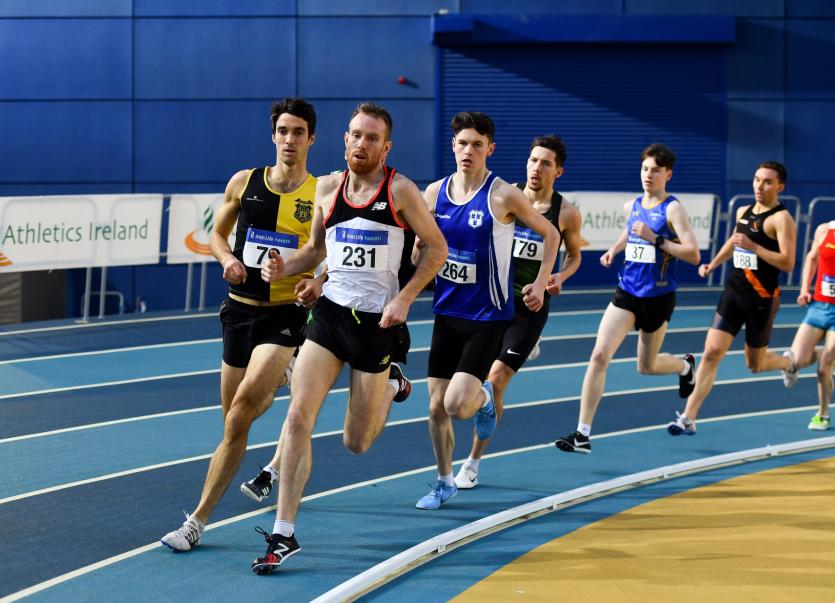 Following the new Irish record time he set on Saturday, Longford athlete Cian McPhillips is now ranked as World number 1 in the U-18 Men’s 1500m this year.

It is a magnificent achievement for the talented athlete from Ardagh and student of Moyne Community School.

The Longford AC member ran in the Senior Men’s 1500m at the AAI Indoor Games held in the National Indoor Arena, Abbottstown, on Saturday last, February 2, where he set a new Irish Youth (U-18) record at 3:46.42 minutes.

Cian has already achieved the U-18 qualifying standard for the European Youth Olympic Festival (EYOF) that will be held July 2019 in Baku, Azerbaijan for athletes born 2002 or 2003.

His new Irish record time ranks Cian as World number 1 in the U18 Men’s 1500m so far this year.

Ian O’Riordan, writing in the Irish Times, was fulsome in his praise of Cian’s achievement.

“Back at home, arguably the most impressive performance at the AAI Indoor Games at the National Indoor Arena on Saturday was Cian McPhillips setting a new Irish Youth 1,500m indoor record of 3:46.42, finishing fifth behind senior John Travers.

Most promising athletics performance of the weekend? 3:46.42 over 1,500m for Cian McPhillips, aged 16, Irish youth indoor record? Me thinks so. Finest prospect out of Longford since @RayPFlynn pic.twitter.com/ubouLVj4YI

That was some performance from young Cian McPhilips- the people of #ardagh and #Longford have another superstar middle distance runner on their hands https://t.co/JM4bDB6ER1