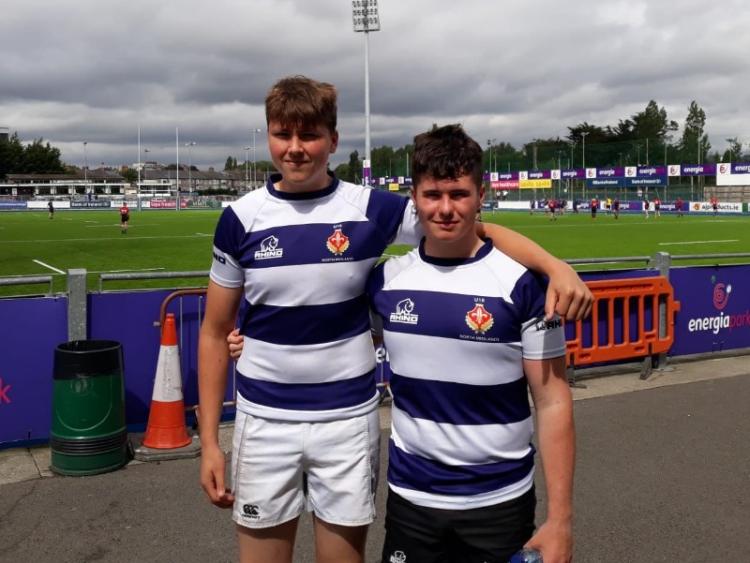 Representative Honours: Lots of Longford players have been involved in representative rugby squads over the Summer.

Indeed, Eoin Murtagh has captained the side. Both he and Gavin Courage were on the scoresheet when the Midlands played a game recently against East Connacht.

Seamus McKeon (U18) along with Sam Burgess and Kevin McDonagh (both U17) are with the Shane Horgan U18 squad.

Leinster
Shane Mallon (U18) is on the Leinster U18 School’s squad. They have been training throughout the summer and Shane started against the Italian national U18 team in Donnybrook last week.

He also travelled with the squad to the UK where they defeated Northampton Saints on Friday in a pre-season friendly, 50-17, bagging a try in the process.

On their return, the squad will be based in UL for the inter-provincial championship where they play against Ulster on August 17, IQ Rugby on August 21 and Munster on August 25.

Congratulations lads we look forward to seeing you donning the Black and White this season!

Longford Women (Warriors)
Longford Women are back in Pre-Season training. Now is the perfect time to give rugby a go! All fitness levels, shapes and sizes are welcome. The Warriors really are an upward curve and got progressively stronger as last season went on. They are now ready to make an assault on the Division 4 Title and want you to be part. Training is on Tuesdays and Fridays and 7.30. Personal Fitness Trainer, Ryan Francis is running Pre-Season training. Drop in to training for a chat or alternatively give Head Coach Nuala McGoey a ring on 086 2482005.
First up is a Blitz in Tullamore on September 7, with the Leinster League scheduled to kick off on Sunday September 29.

Longford Mini/Youths
We hope you had a great Summer and are raring to get back out on the rugby pitch. Last year was a fantastic season with some quality training, Blitz’s, matches, Cup Runs and trips to the RDS and the Aviva Stadium. Let’s see if we can top it this year!
This season has already got off to a great start with a sold out Leinster Rugby Camp last month.

Training
We are finalising coaching details for the upcoming season at the moment. Some groups have already started training! We will update training times and coaches once details are confirmed:
Remember new players are welcome at all levels with no prior experience required. It could be you lining out for Ireland in a coming World Cup!

U14s continue their pre-season fitness training for the next three Thursday from 7-8. Normal training resumes on September 12 from 7-8.30 every Thursday.
U17s resume training this Wednesday August 21 at 7.30pm.
The U18s are back training on Thursday nights at 7.30pm.