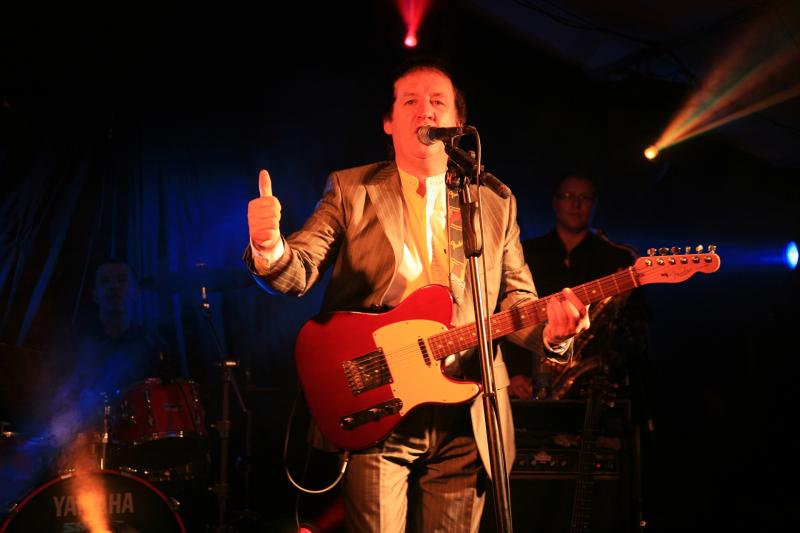 Legendary Longford country music star Declan Nerney and his band are looking forward to two big concerts in Roscommon and Drumlish in the coming weeks.

On Tuesday, August 8, revellers can join Declan Nerney and his band at the Abbey Hotel, Roscommon for the Roscommon Races dance, and on Monday, August 21, Declan will be back on home soil as he performs at The Marquee in Drumlish.

Declan’s exuberant style and his ability to cater for all musical tastes have stood him in good stead and he has a particular reason for looking forward to playing at The Marquee in Drumlish with his talented friends to make this an unforgettable night.

Roscommon Races: Action at Galway Races will provide many pointers for Roscommon racegoers

Along with his multi-talented band, Declan will provide his usual vibrant, exciting dance programme that is calculated to keep the floor full at the Abbey Hotel on Tuesday and at The Marquee.

He may have racked up over a quarter of a century in the entertainment sphere but Declan’s enthusiasm for his role is still as infectious as ever.

"We have never been as busy as we are at this point in time so you won’t find me complaining,” smiles Declan.

He added, “We recently released a new 12 track Album ‘One More Kiss’ and DVD entitled ‘Where’s The Party’ which was awarded best DVD of this year at the Hot Country Awards night in Cavan.”

This new material shows off another side of Declan's talents in that he comes across with great humour and a nice touch of comedy on some tracks and also Declan's love of vintage machinery and farming.

“It has been doing exceptionally well for us, gaining us a lot of new fans from its showing on TV and radio airplay,” said Declan.

Declan is also looking forward to his Hooley In the Sun which takes place at the end of September with a host of top stars, fabulous hotel and great destination. Check out declannerney.com for details.