Longford took another long awaited step towards a return to normality on Monday as pubs, restaurants and leisure facilities reopened for the first time this year.

For many, it was the first taste of a return to regularity and the eagerly longed for sound of cash tills in 15 months. Beer gardens and outdoor eating areas at cafes and restaurants were full to capacity for much of the day on Monday, helped in no small way by balmy temperatures and clear skies.

It was a setting which was undeniably matched by an overriding sense of positivity and excitability among thirsty punters and receptive bar staff as publicans reopened their doors.

“It is a long time coming but it had to be done,” said Eddie Valentine when the Leader stopped by his Main Street establishment on Monday afternoon.

Towards the rear of a newly renovated outdoor seating area were Bláithnaid Kenny and Sarah Clarke.

“That was so bad having to spend Christmas in doing nothing,” said a rueful but relieved Bláithnaid. Her friend nodded in quiet acceptance.

“It’s (outdoor hospitality) different but it’s nice to get things back to normal and some sort of reality,”said Sarah.

The trio were understandably coy when the Leader called to their table, but nonetheless all three underlined their delight at being able to venture out and socialise again.

A short stroll up towards the Ballymahon Street area saw an equal supply of happy and jovial faces.

Andy Byrne even delayed a late lunch to express his pleasure at being able to restart a business that, like so many of its ilk, has been financially ravaged in the midst of Covid-19.

Looking out onto an outdoor beer garden he has spent upwards of €6,000 refurbishing, Andy expressed his hope for the future of Longford’s local vintners industry.

“I’m really happy the door is open and hopefully they stay open and there will be no more lockdowns,” he said.

“It was a tough year and a half for everybody in the trade and it’s great to see the town back up and running.”

Next door, Michael Murphy of Murph’s Bar, cut an arguably more stoical figure when referring to the human cost of a pandemic which has brought the county’s socio-economic fabric to its knees.

“It’s a long, long time since last December and it’s good to be back,” he said.

“One thing I have to say is we have lost ten customers and they are in our thoughts today.”

In keeping with Covid protocols, Michael developed an outside hospitality area, something which appeared to have more than struck a chord with punters.

“Magic,” was how Tony Carr described the new look surrounds as fellow patron Christy Willis was only too keen to underline.

“It has been my local for the last 15 years since I came back from America,” he explained, his voice raising with each passing moment as the decibel levels around him crescendoed.

“I was looking forward to today, it’s great to be back.”

It was a statement which customers looking on from the Tally-Ho’s new outdoor seating area were just as content to illustrate.

“It’s like Christmas morning today being able to get dressed up,” said an ecstatic Tracy Carty, words that were given further credence by Karen Reilly.

“It’s been a long 16 months, but sure it’s great,” she said. “It looks amazing. It’s great to see so many people out in Longford and a bit of a buzz around.”

Looking on proudly from the doorway of his long established premises was a more than satisfied John Duignan.

In revealing how a steady stream of customers had frequented his exterior seating area for much of the afternoon, John told of how lockdown fatigue had quickly given way to a prevailing sense of expectation and anticipation.

“We have got a fantastic response,” he bullishly remarked.

“There’s a very positive vibe so far, and yes it's been a long lay off, but it’s just great to be back.” 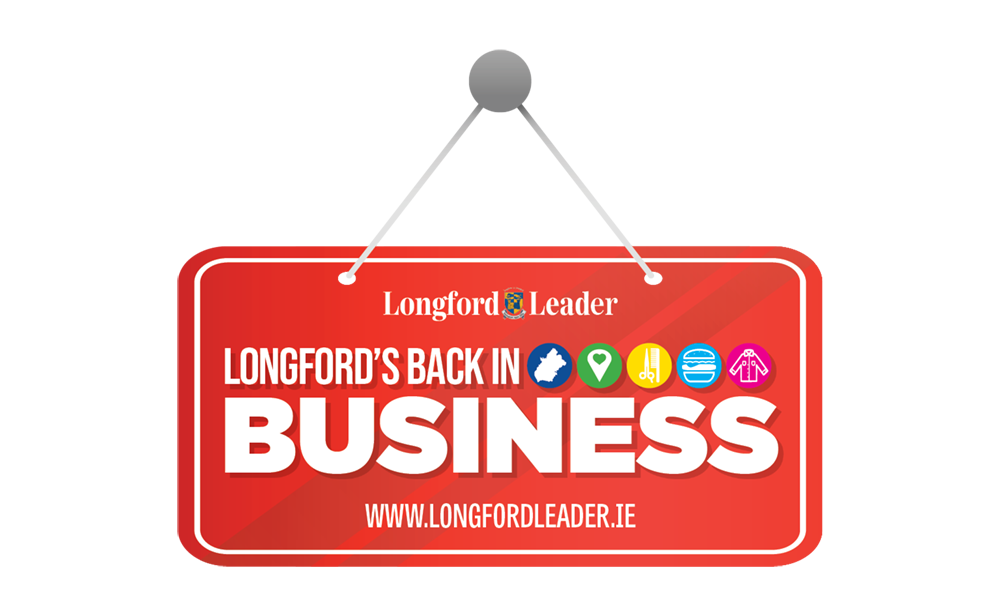