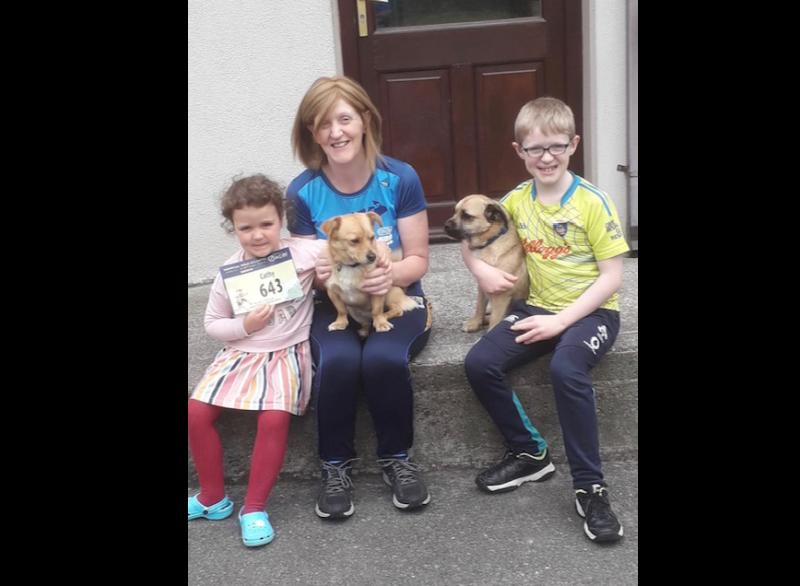 Longford vet Cathy Hawthorne is embarking on a 500km Wild Atlantic Way virtual walk from Bundoran to Galway to raise funds and awareness for Cian’s Kennels. Cian’s Kennels is a charity set up by Enda and Evelyn Neary, Killashee in memory of their 15-year-old son Cian.

Cian was diagnosed with hepatosplenic T cell lymphoma in September 2018 and sadly lost his battle for life in the early hours of September 23, 2019.

The goal of the charity is to transport and kennel sick children’s pets near Our Lady’s Children’s Hospital Crumlin so they can spend time with them during their hospital stay. You can read more about the charity at www.cianskennels.ie

Prior to setting off on her latest challenge, Cathy previously completed 1,100kms - with a 600km Malin to Mizen Head virtual walk and 500km along the Wild Atlantic Way from Muff to Bundoran.

Cathy explained, “I started virtual walks in June, during lockdown. Due to travel and social restrictions, walking distances are recorded on mobile apps.

“This current challenge is another virtual 500km from Bundoran to Galway along the Wild Atlantic Way. The challenge began on October 1 and runs until January 31 so I’ll see how far I can get!”

At the time of writing, Cathy was 300km into her challenge and she suggested that it is proving a little more difficult than the summer challenges.

“It’s not just so pleasant to walk in the dark and often cold and wet,” outlined Cathy. “However, I’m fortunate to have plenty of quiet roads to walk around Killoe and have great company with my children, Connor and Ella and my little rescue dogs, Billy and Teedee!”

A native of Co Antrim, Cathy began her veterinary career in 1998, working in Mohill, Co Leitrim, where she remained for eight years. Since then, she has worked in county Longford at Longford Animal Health Centre and with Emma Plant in Killoe. She is currently working for Gerry Mulvihill out and about on farms.

Cathy said she met Cian and his dog Cooper late one night when Cooper was ill.

She continued, “Despite Cooper feeling really poorly, he stuck by Cian’s side. The two of them had a beautiful bond.

“As vets, we see daily how much pets mean to their owners and vice versa, so I think it is very comforting and beneficial for a sick child to have their pet nearby when they are faced with a lengthy stay in hospital.”

Cathy said all donations to her fundraiser are greatly appreciated and people can support her challenge via the gofundme page titled ‘Cathy’s walk for Cian’s Kennels’ or by dropping in to Gerry Mulvihill’s Vets on Church Street, Longford (across the street from Connolly Barracks).