Major boost for Longford Hospice Homecare as ‘Let's do it for Hospice’ appeal raises €180,000 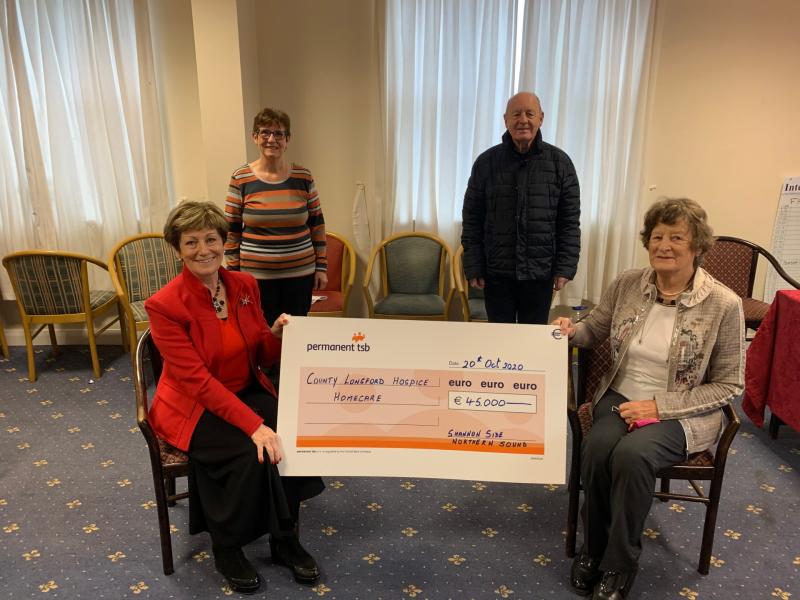 Longford Hospice Homecare has said it is ‘extremely grateful’ to be presented with €45,000 following the incredibly successful Shannonside Northern Sound ‘Let’s Do it for Hospice’ appeal.

Tim O’Keeffe, CEO announced that the Board of Shannonside Northern Sound was donating €10,000 to the fund, stating that “All Charities were suffering from the cancellation of so many fundraising events. The reason we decided to support the hospice groups in the region is that everyone has had or will have a link, a contact with the Hospice.”

Chairperson of County Longford Hospice Homecare, Dan Rooney said, “We are extremely grateful to the entire team at Shannonside Northern Sound for their efforts on this incredible fundraiser.

“We are well aware of the hard work that has to go in to ensure something like this works and with a total sum of €180,000 raised in just over three weeks for four groupings, Let’s Do It for Hospice was an overwhelming success.”

Mr Rooney remarked, “These types of fundraisers, in the most difficult of times, enable us to continue to fund vital palliative care services in county Longford. We will be forever grateful to all at Shannonside Northern Sound and indeed all who supported the fundraiser.”

Each of the four local hospice groups received a cheque to the value of €45,000.

Joao Soares, General Manager at Shannonside Northern Sound said "In these current times, local hospice groups are critical in their response and continue to play a crucial role during this crisis.  We are so proud to have provided a trustworthy platform that enabled people in the region to donate safely and easily towards these four worthy local hospice groups.

“The success of “Let’s Do it for hospice” is testament of the generosity of the people in our region, their belief in the services provided by the local hospice groups and their trust in their local radio station Shannonside Northern Sound. To all, we would like to say a huge thank you!”