St Mel's Brewing is one of Longford’s greatest success stories

St Mel’s Brewing Company are celebrating another feat this week with the launch of a new innovative canned beer range and their brewery shop and off licence.

Just as it has from its very outset, the firm has once again raised the bar thanks to a quirky list of named brands headed by ‘Go on so’ light lager, ‘I will, yeah!’ juicy pale ale and ‘Ah sure look it’ spring bock lager.

It’s just the latest foray into the marketplace by arguably one of Longford’s greatest success stories.

The brewing firm, which can be found by taking the first left inside Longford Business and Technology Park off the main Ballinalee road, already has a string of accolades already under its belt just four years after its inception.

Among them include a gold medal at the 2016 Killarney Brewing Festival, a silver medal for its wit beer at the Alltech Beer Festival as well as further acclaim which came its way at the Irish Food Awards in Dingle, Co Kerry last year.

Alongside its impressive new repertoire of bottle and can ranges, the company has also set in train moves to start selling beer online through either a click and collect option or by allowing customers place an order online and getting it delivered to their door.

It’s all part of the firm’s exclusive ability to offer retail sales direct to the public via its own brewery shop and off licence, making it among only a handful of establishments in the country to boast such a unique asset.

If that wasn’t enough St Mel’s Brewing Company can now offer patrons the chance to purchase home bar equipment as well as kegs with up to 30 litres capacity for sale or rent, allowing customers the unique ability to be able to pour draught beer in their own homes. 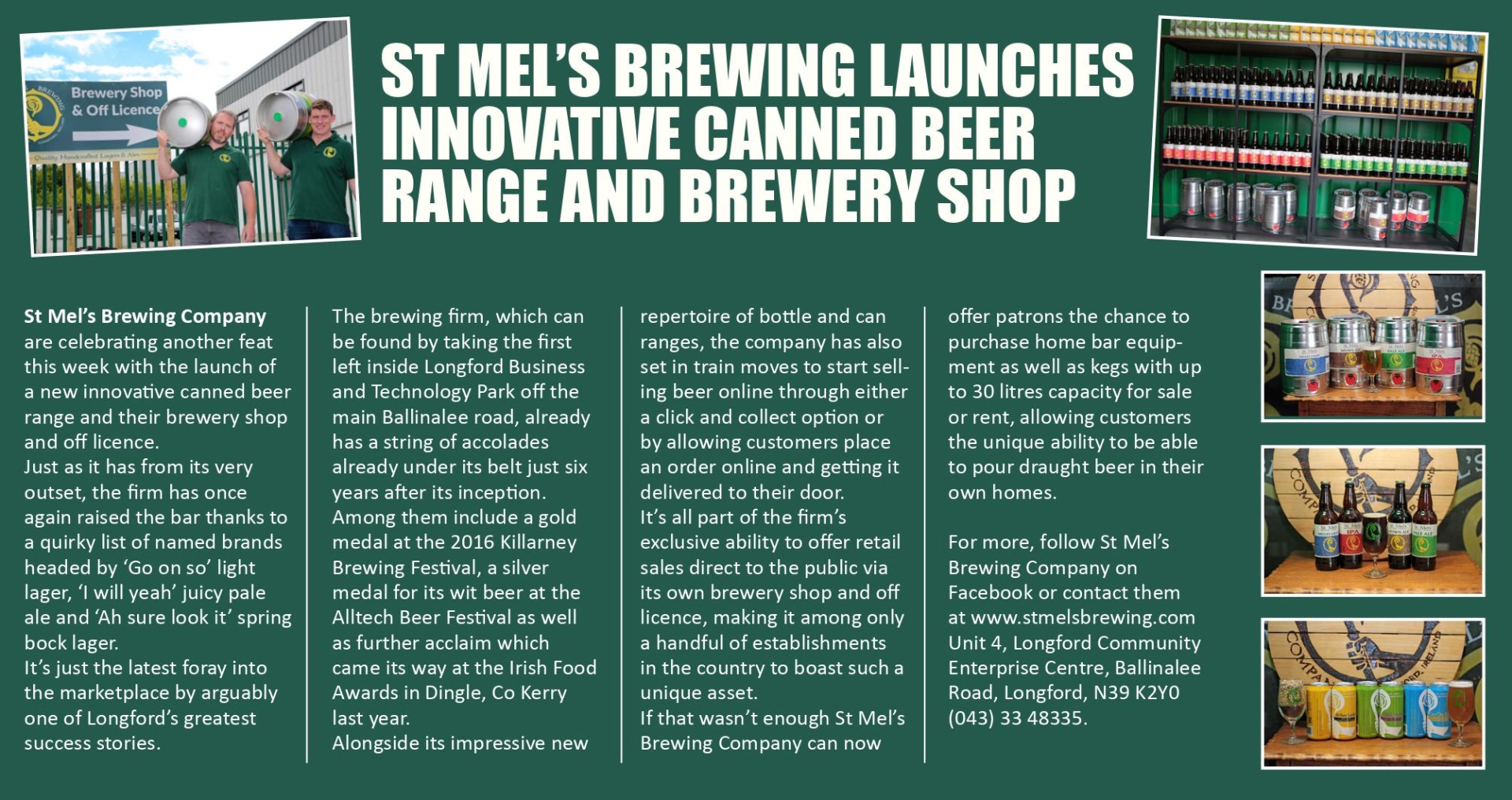