The risk takers and peacemakers travelled an oft unpopular road

On the occasion of the death of John Hume, Longford Westmeath Fianna Fáil TD, Joe Flaherty, has recalled the peacemaker's relationship with former Taoiseach, Albert Reynolds.

Though Taoiseach for three years, Reynolds gambled on the 'Hume-Adams' axis of communications and ultimately it paved the way for a historic peace.

Ironically, John Hume was to die within three weeks of the anniversary of his fellow peacemaker, Albert Reynolds, who died on August 21, 2014.

Deputy Flaherty remarked, "The late Albert Reynolds played a pivotal role in the peace process, particularly by encouraging the IRA to go on ceasefire.

"He embraced the 'Hume-Adams' axis of communication and broke rank with conventional politics when he told Irish Government representatives to engage with the republican movement whilst still in the throes of a bloody campaign.

"Whilst most politicians shunned Sinn Féin, Reynolds, Hume and a few others decided it was worth testing Sinn Fein's peace overtures.

"John Hume's standing as arguably the greatest Irishman of our time is unquestionable and we owe him a great debt. But on the day of his sad passing we also remember that  he travelled an oft unpopular road with one of our own, the late Albert Reynolds."

Also read: PHOTO GALLERY | Looking back at when the late John Hume was bestowed with the Freedom of Longford 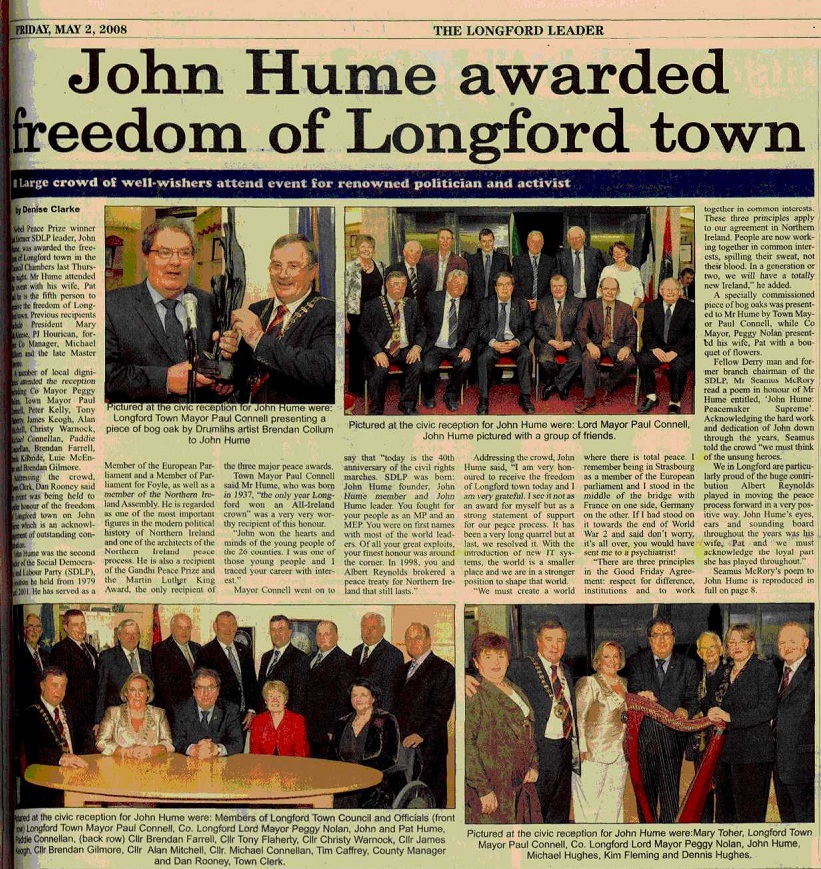