Profile: The impressive rise of Micheál Carrigy up through the Longford Fine Gael ranks

The rise of Micheál Carrigy up through the ranks of Fine Gael from party activist to local representative, and now general election candidate, has been swift and impressive.

On Friday night, at a packed Longford Arms Hotel, where Taoiseach in-waiting, Leo Varadkar TD attended his first official function since becoming FG Leader, he emphatically defeated Cllr Paul Ross by 232 votes to 166 in the Longford selection convention head-to-head. Cllrs Colm Murray and Gerald Farrell withdrew in the days building up to the contest.

Micheál is married to Una and they have three sons. And during his victory speech, his sons and Longford’s next generation were foremost in his thoughts.

"I want to ensure that my sons can grow up in a county they can be proud of, to boast about and to seek employment so that they too can raise their families.” 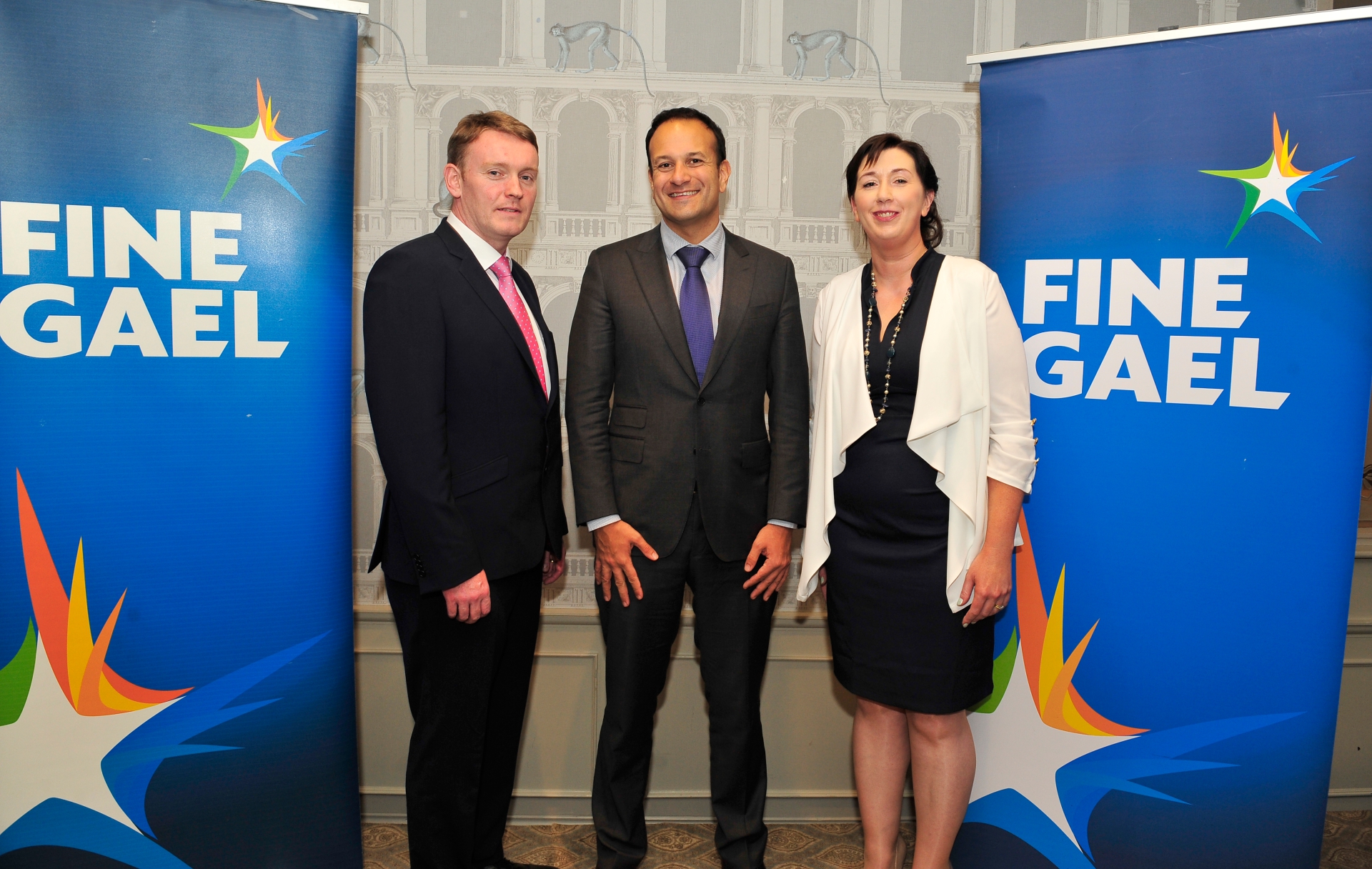 He runs the local post office in Ballinalee and is deeply rooted in numerous organisations in the local community.

A hard working representative, he is currently Longford GAAs’ representative on Central Council in Croke Park, having previously served as Youth Officer, Leinster Council Delegate and Vice-Chairperson of the County Board. He is also the GAA’s representative on the GPA (Gaelic Players Association).

He was a member of the Midland Regional Authority from 2009 to 2014. He is currently on the Board of Management of Ardscoil Phadraig in Granard and is also treasurer of the local Sean Connolly GAA Club. 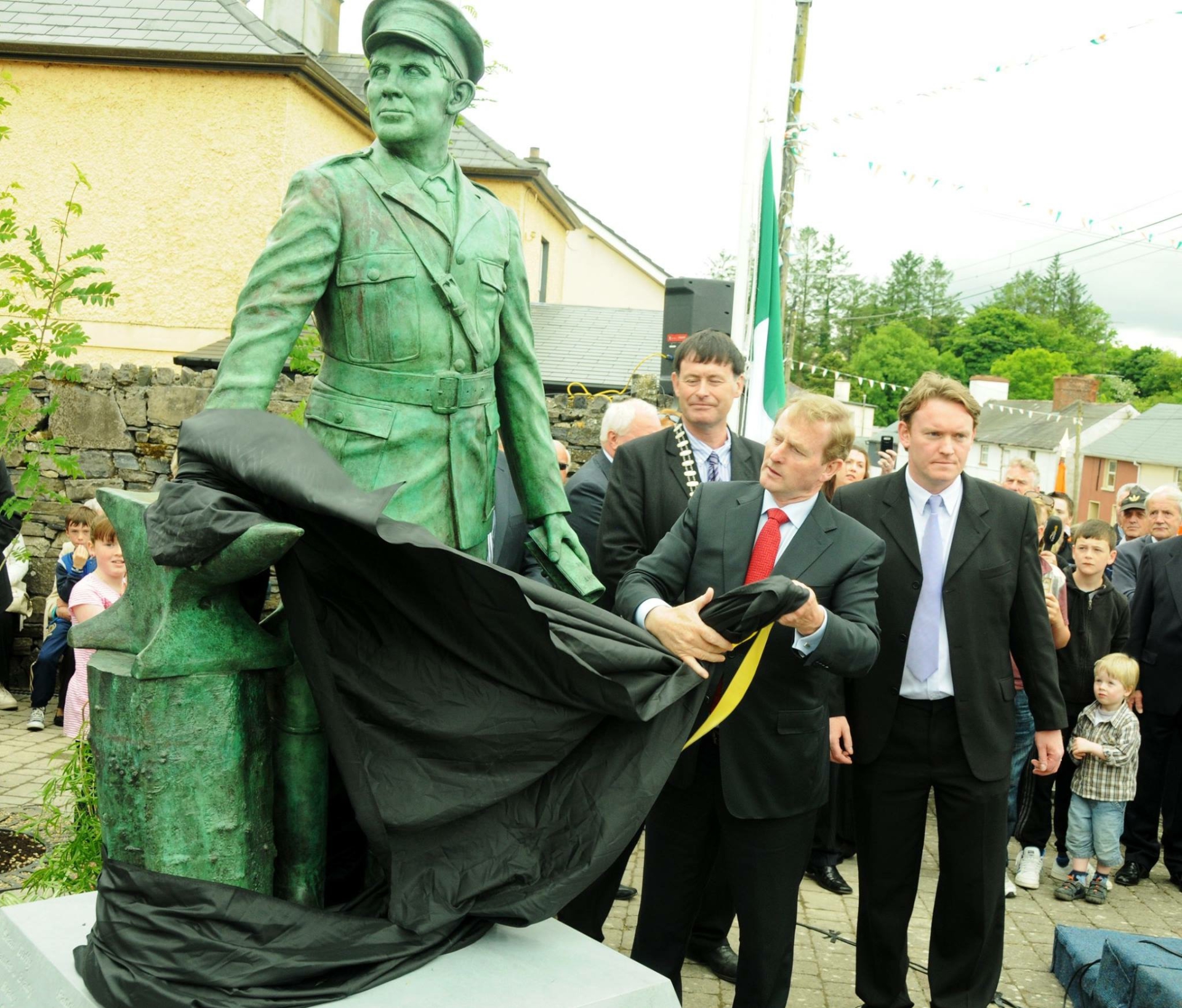 Photo: Unveiling of the General Sean MacEoin monument in Ballinalee.

Micheál was instrumental in securing funding for a monument for the late Sean MacEoin in Ballinalee and was chair of the organising committee for the commemoration weekend. He is also chairperson of the County Longford Tourism Committee. He also helped secure funding through the Leader Programme, for the opening of a playground in the village of Ballinalee.

Micheál’s maiden election, in the Granard Electoral Area, in 2009, was a triumphant one as he garnered 673 first preference votes, which was just four votes shy of poll topper, Fianna Fáil’s PJ Reilly.

Five years later, he was the leading vote getter across the three Municipal Districts in County Longford, romping home in Granard MD with a hugely impressive 1,111 first preference votes to his name, comfortably exceeding the 1,041 quota.

That stirring performance on May 23, 2014, where he increased his personal vote by more than 400, fuelled speculation of a possible 2016 Dáil bid. 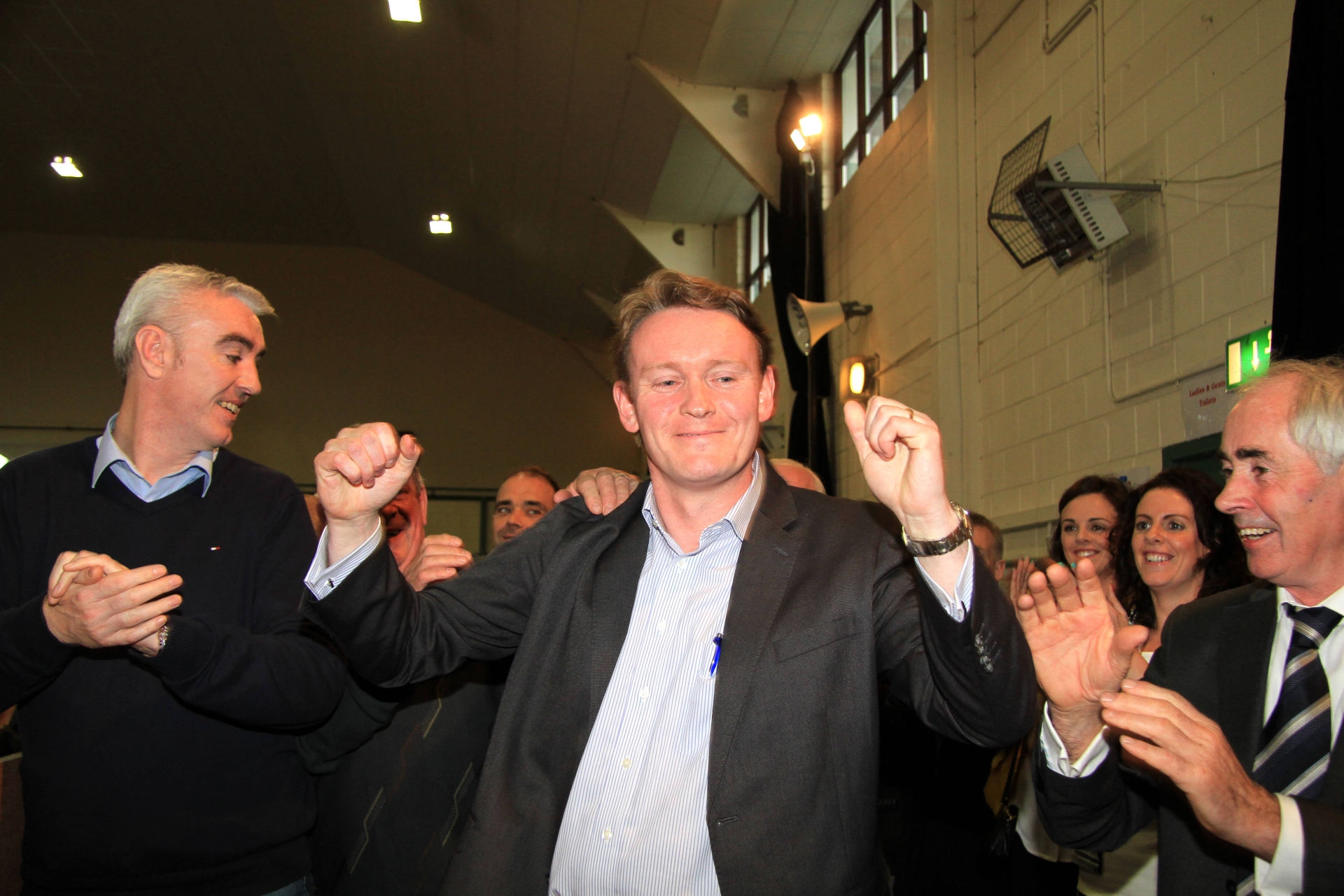 However, in June 2015 he ruled himself out of contention, declaring that he didn’t wish to split the Longford vote at the Fine Gael selection convention.

He said at the time, “The most important thing is that we have two Longford-Westmeath TDs in government and a Longford-based candidate at the next Dáil.”

Mullingar based Peter Burke was successful for FG but outgoing TDs, Gabrielle McFadden, by-election winner in June 2014 following the death of her sister Nicky, and Legan-based James Bannon were not. It meant that following a marathon General Election 2016 Siege of Kenagh count, county Longford was left without a sitting TD in the 32nd Dáil, the first time that ever occurred.

The onus on reclaiming a Fine Gael seat for Longford in the 33rd Dáil now rests firmly on Cllr Micheál Carrigy’s shoulders and he believes he will deliver.

"I am by far the most experienced candidate with the highest profile to win the seat back,” he informed party members and supporters.

And will he get his chance to prove his credentials during ‘a snap election’? Well, not anytime soon it would seem.

As following the experience endured by British Prime Minister Theresa May, FG Leader Leo Varadkar assured his Longford audience, “If there is a snap election here, well it won’t be caused by me!”