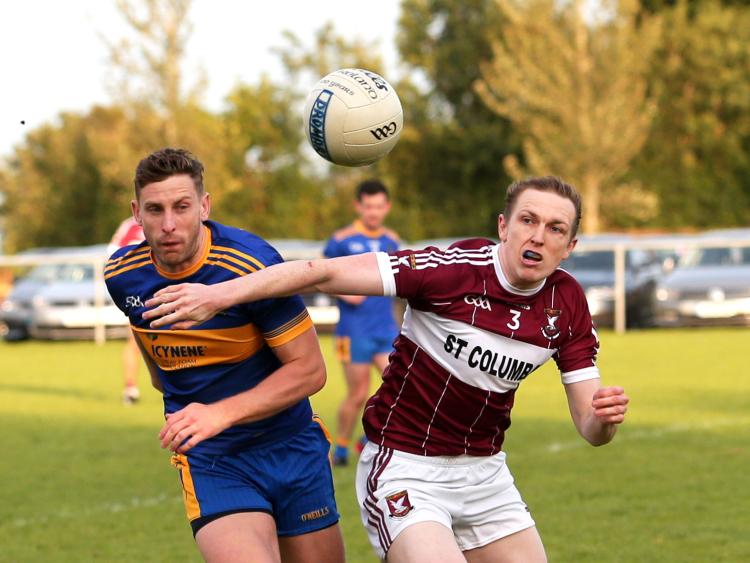 Can Colmcille spring a shock against the Longford and Leinster club champions Mullinalaghta St Columba’s at Glennon Brothers Pearse Park on Sunday evening next, throw-in 6.30pm.

That is the burning question and there are some GAA followers out there who believe that Eugene McCormack’s talented team could make it difficult for the Connolly Cup holders in the eagerly awaited quarter-final showdown.

The only defeat that Mullinalaghta suffered in the county competitions this season was ironically against their neighbours Colmcille who came out on top by four points (1-14 to 1-10) in the Division 1 league game at the Laurels in July.

That was a big boost in the build up to the championship campaign and while Colmcille had to settle for a draw in a highly entertaining first round clash against Slashers the north Longford side really showed their potential in running riot against Rathcline.

Colmcille cruised to a most emphatic 2-21 to 0-9 win over last year’s Intermediate champions but meeting the might of Mullinalaghta is a major step up in class.

St Columba’s won their three games in the group stage against Granard, Clonguish and Dromard with considerable comfort but they will be wary of the Colmcille challenge.

Having said that, Mullinalaghta are a powerful machine with several quality players in their side and are highly unlikely to slip up in their quest to move a step closer to a probable four-in-a-row of senior championship triumphs.

In the same half of the draw are Dromard and Killoe who meet in the first of the quarter-finals at Glennon Brothers Pearse Park on Saturday evening next (6.30pm).

And on the evidence of the previous championship games between the clubs in the recent past another cracking contest is in prospect to determine who will end up in the semi-final.

In the absence of a few regulars, youth is certainly getting its fling on the Killoe team this season in adding to the experience of Michael Quinn, Daniel Mimnagh and the McCormack brothers Padraig and Sean.

Cian Dooner, still playing in the minor (U-18) grade, is one of the rising young stars who fired over five points (all from play) in the draw against Mostrim in the group stage and the general opinion is that Emmet Og are the biggest threat to Mullinalaghta.

Dromard, no doubt, will have different ideas about that particular view.

The defeats against Clonguish and St Columba’s in a difficult group would appear to suggest that Dromard are not title contenders but you can never write them off with Diarmuid Masterson and Francis McGee leading the charge.

The emergence of Joe Hagan as a player with plenty of potential, considered good enough to command a place in the Longford senior squad this season, is a definite plus for Niall Sheridan's side in their bid to beat Killoe.