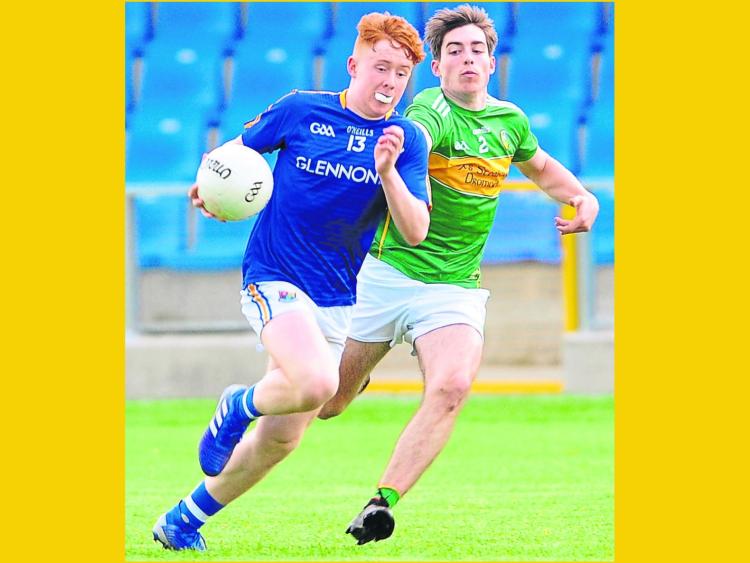 Longford U-20 football manager Paul McGuire is under no illusions of the challenge that lies ahead for his players when they face Dublin in the Leinster Championship quarter-final next Tuesday evening (July 2) at Glennon Brothers Pearse Park, throw-in 7.30pm.

Dublin played four games In their section of the U-20 National League for the John Kerins Cup, losing to Kerry and Galway, drawing with Cork and a win over Kildare.

Two years ago Dublin won the last Leinster Minor Championship played in the U-18 grade, defeating Longford along the way, and would be generally regarded as the favourites to capture the U-20 provincial title this year.

Carrickedmond clubman McGuire said: “It’s a tough task but we are up for the challenge. We are working well in the build up to the game.”

Longford’s preparations included involvement in the Philly McGuinness U-20 National League with games against Leitrim, Sligo and Fermanagh and McGuire was delighted to have the chance to see what players were available to him.

“It was good to see what players we had. We probably could have done with another few games. We were not allowed to play challenge matches this year at county level. Not having challenge matches hampered us a bit. We have had lots of training sessions but not many competitive games.”

As well as assembling a panel of dedicated players McGuire also has a strong backroom with him; members of last year’s Minor (U-17) management team including Ger Carberry.

“It is great to have them in there with me. Joe, Ryan and Gerry were part of the minor set-up last year who beat Dublin in the Leinster Shield final. You need good men around you, dedicated people.”

McGuire travelled to watch Dublin play in the John Kerins Cup game and knows exactly what is required if Longford are to have any chance of beating them.

“We went to see Dublin play Galway in the remaining league game. They are a good outfit; a big, strong, physical team but if we can play to our potential we will hopefully have a chance of making it difficult for Dublin. ”

McGuire has a good blend of players at his disposal with some knowing what it’s like to beat Dublin in Glennon Brothers Pearse Park.

“There is a good balance in the squad. The few minor lads from last year, they beat Dublin in the park so they know what it takes to win against them.

“The rest of the lads would have played in Parnell Park two years ago and they know what they are facing. I hope those boys are looking at gaining some revenge but it is going to be extremely tough against Dublin.”

McGuire is delighted to have a home game in the Leinster U-20 Championship. He is hoping his side can make that work to their advantage and urged Longford supporters to come out in force.

“It’s a huge advantage to us; a home game and not having to go to Parnell Park. Hopefully we will get a good crowd in and get behind us in our bid to cause an upset.”

Longford lost to Sligo and Fermanagh in the U-20 National League but managed to beat Leitrim 3-14 to 2-11 at Pearse Park.
Goals from Shane Farrell and Gerard Flynn in the early stages of the second half swung the issue in favour of the home side who came from six points down.

The sides were all square (3-8 to 2-11) with 53 minutes gone on the clock but Longford produced a very strong finish to score six points in a row through substitute Jordan Martin, Aidan McGuire, Flynn, Farrell, Oran Kenny (free) and Dario Ciligiano to emerge victorious.