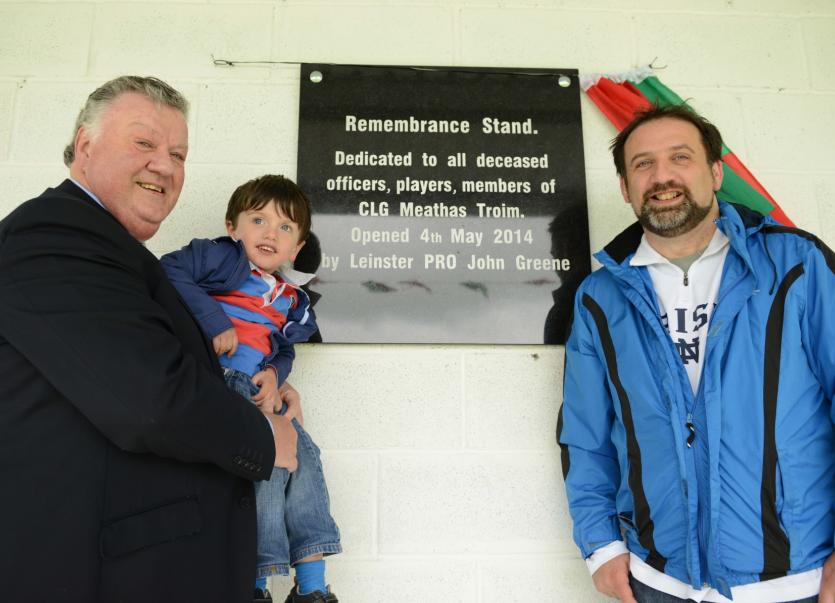 Longford Leader columnist Mattie Fox has been friends for decades with one of the county’s most prominent and best known GAA personalities, John Greene, and they recently sat down to chat about John’s love of all things GAA and his five decades immersed in administrative affairs. This is Part One of a two part interview

John Greene was born in Killoe, in Kilmoyle Lane, in 1949. He is only recently retired from the GAA, an organisation he served proudly for most of his adult life, in one form or another.

In his time, John managed to secure many injections of funding for Longford GAA, and was, maybe responsible for the initial upgrading of Pearse Park - no, he didn’t tell me! - along with several occasions when Longford might not have received as much investment without J Greene in situ.

He is genuinely not for turning when it comes to talking about anything in any committee, even in the case of minute minor things he refuses to breach the confidentiality of his business there.

Proper and correct in every way, one of the few lasting bastions of the GAA, has now retired.

Some Years ago, John took it upon himself to paint the garage where he operates blue and gold. This is a man who wears his colours proudly on his sleeve.

Growing up in Killoe, he attended Cullyfad school, which he quoted ‘school through the fields’ in his own words.

He has an exhaustive memory, and could call up without hesitation several people who made an impression on him during his formative years.

The teacher at the time in Cullyfad was Nellie Donohue, she was a grand aunt of Liam Madden’s. The principal was Master Trappe, who was married to a sister of the General, Sean McEoin.

In Cullyfad school at the time John recalls that “at our end, the Kilmoyle end that is, was a chap by the name of Dessie Reilly, his father was Mickey Reilly the blacksmith, and Hughie Reilly was his uncle, a fiddler with the Craobh Rua Céilí Band and also Mossy Burns, who was around the same age as me.

John used get his lunch in Rosie Hagan’s - himself and his sister Margaret - the reason being that Rosie’s son was “married to my aunt in England.”

“Then you had the Quinn’s and the Puck McGlynn, McNaboes, and Davy Sheeran that flying half forward was living across the road from the school."

“My grandfather was John McHugh originally from Kenagh, and my grandmother was from that area she was Mulleady. The same Mulleadys as in Drumlish.”

John discovered that Seamus Ross, the builder in Dublin, had a nephew who did the family tree, and Greene’s family appeared in it, John’s grandmother, and Ross’s grandfather were first cousins.

There were two in John’s family, himself and his sister, and as we talk, I can see his eyes lighting up as he remembers other people who are etched into his memory.

“At the Cullyfad end of the lane were McLoughlins, brothers of Canon McLoughlin, Jimmy & Joe. Then there’s a house that is still empty. Next comes McCormacks, then Church of Ireland people Bob & Mrs McCormack, their daughter Florence. Our house was next, and an uncle of Mossy Burns’ in the next one. Mossy’s father and mother…her sister and his brother married each other as well, she was McCreanor and they lived there.”

Phew! Then we hear of the McElligott’s - Percy & Mrs, also Church of Ireland.

The Greenes moved to Edgeworthstown in late 1955. They lived in a house in Marion Avenue, where across the road Phil Donohue lives and Smith’s Garage.

The house where John’s parents lived was semi detached and next door was Tony Devine, who was a tailor. Mrs Devine is still there, in her nineties.

From a GAA point of view that was the start of John’s journey.

He started playing school football and general GAA activities. The family were steeped in GAA tradition, and John has great memories of Edgeworthstown. Nearby neighbours the Smith’s were already big names in the town, and Harry Devine lived next door.

“The people who looked after us were Tom McLoughlin who was after coming back from America, Paddy Flood, Jimmy McGovern the publican who was there at the time, Mickey Reynolds, and John Greene my namesake.”

Recounts John, “We got good training from them, they were all very shrewd clever men.”

Edgeworthstown at the time was a quiet town, which was ravaged by emigration.

The club were in the senior semi-final in the county in 1956, beaten by Slashers, and couldn’t field a Junior team in ’57.

All the players were gone, to England, some to America.

John first played for Edgeworthstown when he was around 12.

He smiles as he says “numbers were small, and I was big, and I played everywhere and anywhere, I played my first adult match in 1964, I played corner back and that was against Sean Connolly’s.

“Tommy Reilly was a wing forward for Connolly’s and Jimmy Reilly - a brother of Patsy’s RIP, was corner forward on me. Oh and Tommy Lennon! At one stage Tommy Lennon went out the field and John Greene my namesake was in his 40’s and playing full back for us. Lennon charged through and John said ‘go out and meet him’.”

John, obeying his elder, headed out to meet him but Tommy said ‘get out of my way gosoon’. The enthusiastic Greene tried to pull him down, but after he got up again he went after him and caught him well out the field. “He carried on with me and the ball, and all and stuck it over the bar.”

We both laugh as John recalls that time.

John played full back on the Longford minor team in 1966, but they were very unfortunate to lose George McDermott at midfield for the Leinster semi final, as well as the great Vincent Daly.

They played Louth and Dublin and beat both of them, but facing Offaly without two of their star players was no easy task, and Offaly overcame them by one point.

At the time, John says, “George and Vincent were two of the finest footballers in Longford.”

The following year, 1967, Longford were beaten by Laois in the semi-final, John playing at midfield on this occasion.

John was 20 years of age when he became a club officer / administrator for the first time.

Jimmy McGovern, the publican, had made the decision to move to Dublin, and the treasurer at the time, Tony Greene, who worked as a barman, decided when the boss moved to The Goblet in Dublin that he’d go with him. This was in mid year, in 1969.

John recalls, “Tom McLoughlin was very persuasive when he wanted something done, and said: ‘you’ll take over as treasurer for the rest of the year’.”

He took on the job, allegedly until the end of the year!

The job of a treasurer was very different from nowadays. “Being treasurer of a club in 1969 was a very simple and easy job, I can tell you Mattie, there was a raffle at Christmas, and that was the sum total of the finance raising for the year. The money was for registration and small items.”

John continued, “Lord have Mercy on the Crippin (Devine) we used get lime for marking the field in Quinns store, and I doubt he ever paid for a single bag of lime in his life. They probably might have billed him, but the Quinns never got it! That was the Crippin’s way of saying everybody has to take some part in the club.

“I think I got a notebook - the little tuppence notebooks you’d have at school, and 4 shillings from Tony Greene was the formal handover, for the year.”

John quickly learned that once anyone became an officer of the club, that was the easy part. It wasn’t so easy to resign and he decided there was no getting out of it, and in any case he had begun to enjoy the role.

For the remainder of 69, and all through 1970 he remained as Treasurer of Edgeworthstown GAA Club. Then in 1971 he resigned as treasurer, and put his name forward for election as Vice-Chairman. He was elected. Maybe he might not have fully realised it at the time, but the bug had bitten.

He became itchy during 1971, and was nominated for Chairman in 1972, this was a seamless graduation process.

All through his time, so far as officer, he played football for the club - being a young man - and I’m told a very astute full back, swift and sure-footed, with a powerful catch which was the essential mark of great fullbacks in those days.

Through the years of 72, and 73, he played as full back, and Seamus Smith, who was Vice Chairman, was also a member of the team.

MOSTRIM CHAMPIONS
In 1974, Edgeworthstown won their first County Final, with the Chairman, and Vice Chairman on the field of play. At this stage Tom McLoughlin was secretary.

Jubilation was immense in the town and area of Mostrim after the county final, and everyone on the team became heroes. Winning a county final in those times was a very big event.

Amidst all the focus on football, John met Mary Glennon somewhere along the way, and they were married in 1972, but this didn’t fracture his fondness for his native town.

He was, and is, at all times an Edgeworthstown man in his heart.

However, he had moved to Longford in 1972, and was a delegate to Longford County Board for Mostrim, by virtue of his capacity as Club Chairman.

He’d found it wasn’t easy dividing his time to both places.

Life was very busy, because by 1974 the Greenes had two young children in the house, and he was naturally a home person.
Living in Longford, he felt better placed to maybe give something back to the GAA, and in 1975 John Fay, who was in charge of the Fixtures Committee, asked John if he would join that Committee.

He thought about it for two minutes and said yes.

He remained a member of the Fixtures Committee for two years and became a popular choice due to his understanding of the affairs of rural clubs who weren’t always as well ordered as those from the towns.

“At that time, Sean Donnelly was secretary, and the meetings were mostly held in Donnelly’s house. Mel Clarke was on that committee or James Mel, I’m never sure. Liam Mulvihill was Chairman at first before he went to Croke Park, then John Fay.”