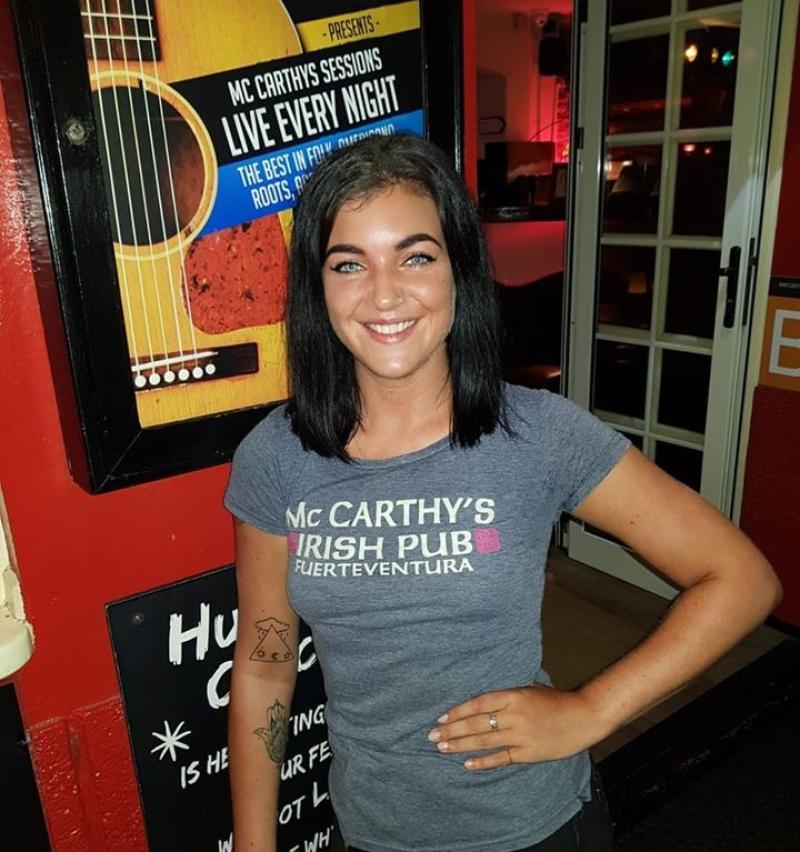 A beautiful rendition of Natalie Merchant’s ‘Motherland’ by Longford singer Hope Feeney has been viewed 14,000 times on Facebook.

Hope, who works at McCarthy’s and the Anchor Bar, Fuerteventura, was accompanied during her performance by Clare man Ger O’Donnell, a well known singer, songwriter,  multi-instrumentalist, producer and arranger.

A proud ‘townie’, Longford girl Hope qualified as a hairdresser, before going on to study Spa and Wellness Management for three years, working at the same time in The Longford Arms Hotel, and teaching music also.

She graduated in 2016 and worked as a Business Accounts Manager with Three Ireland for almost two years until she visited the beautiful Corralejo on holiday last year and that changed her whole life.

Hope’s mum Patricia says her daughter has been working in Fuerteventura for over a year and she is doing great.

She said Hope was delighted to get the opportunity to perform alongside Ger O’Donnell and that they can’t believe the huge reaction there has been to her version of Motherland.

Ger commented on his Facebook page: “Such a gorgeous song by Natalie Merchant! I recorded this in Fuerteventura the other day with the lovely Hope Feeney. I know we'll be hearing a lot more of her in the future!”

Hope commented: “What an opportunity, thank you so much to the wonderful Ger O’Donnell for doing this beauty of a song with me.”