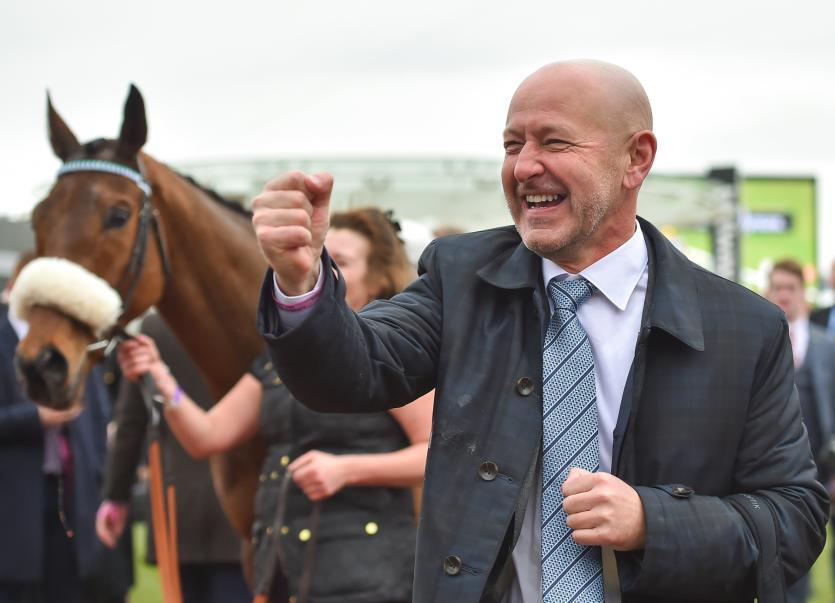 Controversry has raged since the emergence of a photo on social media last weekend of Elliott sitting on a dead horse at his gallops.

Mr Reynolds, who has has eight horses at Elliott's County Meath yard, including top chaser Presenting Percy, told the Today with Claire Byrne show on RTÉ Radio 1, "Gordon is sorry and apologetic. He was just mortified that he had to admit such a thing to an owner. He knew the implications that it could bring for him and for his whole yard.

"I quizzed him on it and eventually I accepted what he told me and that is that it was a one-off, crazy, stupid mistake that he made.

"I'm prepared to accept Gordon's word for that and I'm trying to move the story on a bit, to be honest."

In a statement, Mr Reynolds said: “None of us has a monopoly on shock, horror, disappointment, anger and sadness – and having spent my life owning horses and in the pet industry, believe me, in this case, I own as much of those feelings as anyone else.

“My professional relationship with Gordon dates back more than five years. In that regard and having been to his yard a number of times, I have no hesitation saying his facilities are world class – and as a trainer, well, his record speaks for itself.

“I would love people to hear the many stories of how, and only because of his deep understanding and passion, he revived and made horses champions again.

“Not just the big names like Silver Birch or Samcro, but the many much lesser lights whose owners’ Grand Nationals were won midweek in the pouring rain in small tracks up and down the country.

“But sadly it seems in this discourse there is little room. I know no matter what I say there will be folks who believe no punishment will be strong enough. I accept their view. Mine is from a sense of forgiveness.

“The authorities will deal with Gordon, but his trial has already played out. We have stripped him bare and flogged him in public. The scars of this week are his ultimate punishment, ones that will live with him long after we have all moved on to the next event.

“For all these reasons, and accepting this is a one-time error of judgement, I will stay with Gordon – and I hope we can all find it in our hearts not to destroy him. He’s only human.”