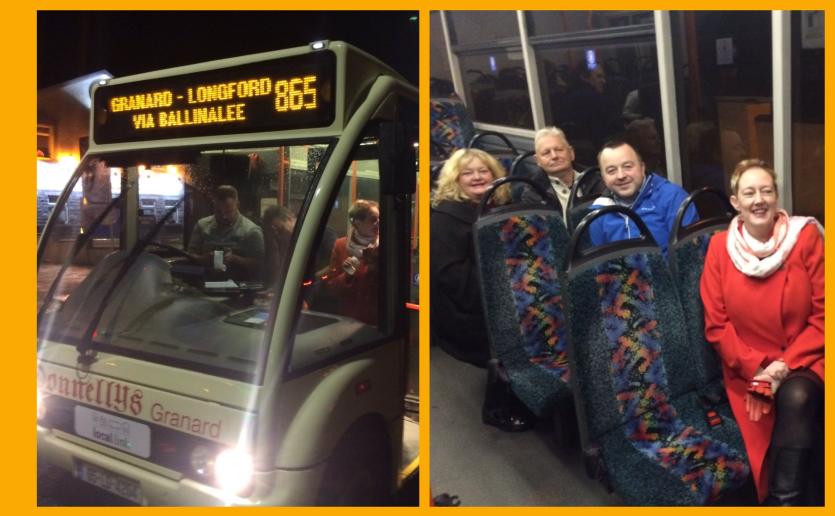 He travelled on the Granard - Longford Local Link bus, 865, which travels via Ballinalee and Ennybegs. The return fee for a trip between Granard and Longford town is €10.

Bus driver Brendan Curran from Drumlish, believes the service is a brilliant idea and said it is getting busier throughout the season.

John Cooke said passengers were in good spirits and feel that better promotion of the service would increase demand.

One passenger tells him, "when you live outside town, you need a service like this", while Cllr Micheál Carrigy, who uses the service himself, says it a fantastic asset to the people of Granard, Ballinalee and Ennybegs.

Eileen Donnelly suggested the return trip from Longford should depart at 12 midnight rather than 11pm.

While Johnny Donnelly said two nights was not good enough, that the Local Link service needs to run all week. He also suggested that the recent change to drink driving laws was absolutely stupid.

A review of the Local Link service is being currently undertaken.

Are night time buses the answer to #rural isolation & drink #driving ? I went out for a night in Co. #Longford to find out! @drivetimerte @Locallink_lw @TFIupdates @Shane_RossTD pic.twitter.com/tCAQbINJIr