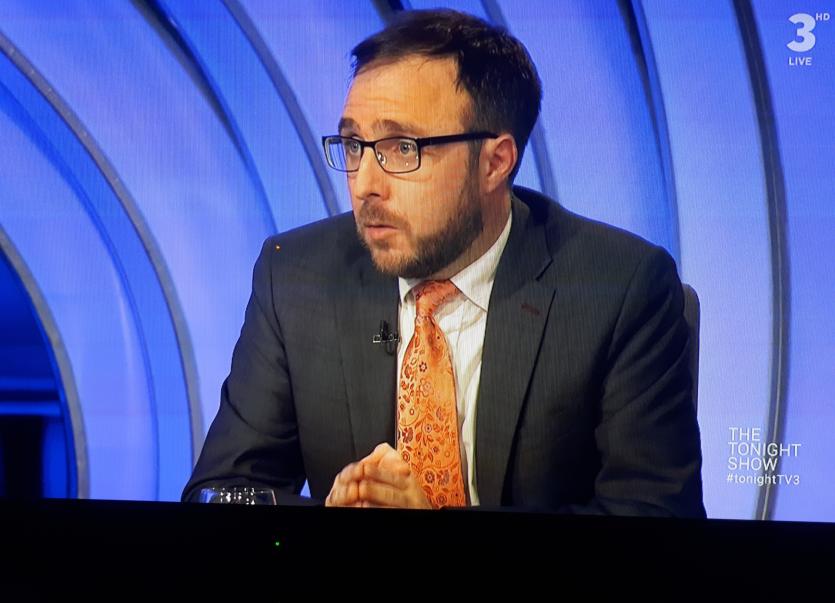 Shortly after a meeting of Fine Gael TDs and senators in Leinster House unanimously passed a motion in support of embattled Tánaiste Frances Fitzgerald, Longford/Westmeath TD Robert Troy was on TV insisting that Fianna Fáil don't have confidence in her.

Speaking on The Tonight Show on TV3, Deputy Troy revealed, "On Wednesday of this week at 4.30pm,  (Fianna Fáil leader) Micheál Martin picked up the phone and he outlined to Taoiseach Leo Varadkar the issue we had, that we couldn't express confidence in Minister Fitzgerald. The Taoiseach didn't come back to him.

"We don't have confidence in Minister Fitzgerald. She was found not to have been upfront and fulsome with the truth, with her own Taoiseach or with the Dáil.

"It became apparent over the last number of days that she was aware twelve months in advance about an email that was sent to her that was proving that the (Garda) Commissioner was going down the strategy, which was going to target the character of (Sergeant) Maurice McCabe and she did nothing about it. She claims that she can't remember receiving the email...."

Fianna Fáil is expected to lodge a motion of no-confidence (later today, Friday, November 24) in the Tánaiste and it will be scheduled to be debated in the Dáil on Tuesday.

Should Ms Fitzgerald not resign before Tuesday the Government will fall and a December election will follow.

None of the four sitting TDs in the Longford/Westmeath constituency are from county Longford, but there is plenty of electioneering already underway, with at least two high profile candidates set to battle it out for a Dáil seat whenever that general election takes place.

Cllr Micheál Carrigy, leader of the Fine Gael group on Longford County Council and the candidate that secured the highest number of first preferences in the county during the 2014 local election, was successfully nominated to contest the next general election for his party.

While Fianna Fáil's selected candidate in Longford is Joe Flaherty and his co-option to fill the FF vacancy on Longford County Council, left in the wake of the resignation of Padraig Loughrey, is poised to be rubber-stamped on Friday evening.