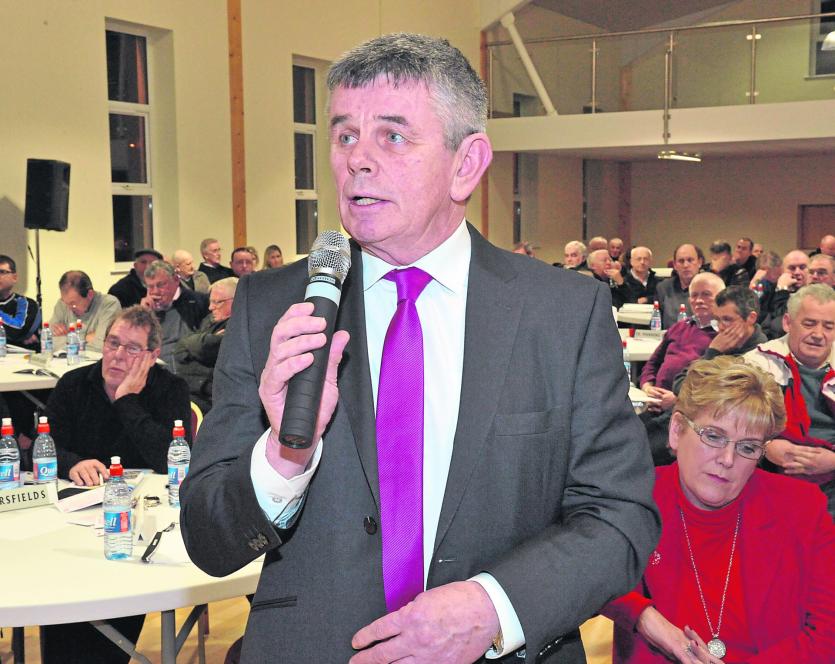 Longford’s Martin Skelly is bidding to become the 39th Uachtarán of Chumann Lúthchleas Gael at GAA Congress next month in Croke Park and the Cashel club man has been overwhelmed by the support and encouragement he has received since he declared his candidacy.

“The people of Longford has been tremendous,” Mr Skelly said while in conversation with MC Benny O’Brien at the Longford Leader / Longford GAA All Star awards gala presentation in the Longford Arms Hotel on Saturday night.

Mr Skelly is one of five candidates - the others are John Horan (Dublin), Frank Burke (Galway), Sean Walsh (Kerry) and Robert Frost (Clare) - in the race to succeed Cavan’s Aogán Ó Fearghaíl. The vote takes place at Congress on February 24 / 25 at GAA headquarters.

Mr Skelly admitted it was a tough contest and that it was an honour to be representing his club and county. “Seven weeks from tonight I will know my fate. I am hoping for a good finish.”

Since the GAA’s foundation the Presidency has been held by 38 administrators from 22 counties.

Longford is one of ten counties (the other nine are - Carlow, Kildare, Louth & Westmeath in Leinster, Leitrim & Sligo in Connacht and Derry, Donegal & Tyrone in Ulster) that hasn’t witnessed one of their own in the role and Mr Skelly is hoping he can change that.