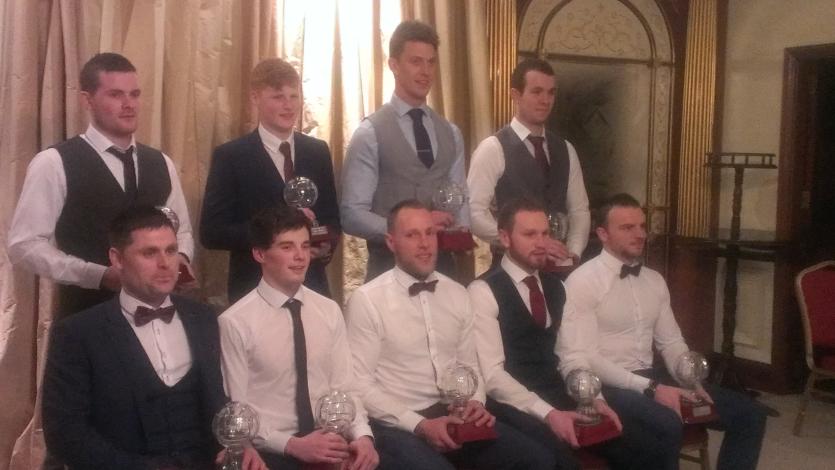 Mullinalaghta St Columba’s enjoyed a truly memorable 2016 and unsurprisingly it was one of their star men, James McGivney, that was named as Senior Player of the Year at the Longford Leader / Longford GAA All Stars gala presentation in the Longford Arms Hotel on Saturday night.

Last year, Mullinalaghta St Columba’s captured the Longford Senior Football Championship title for the first time in 66 years and Mickey Graham’s charges later went on to add the Leader Cup to their trophy cabinet, and in conversation with awards night MC Benny O’Brien, James revealed that it was the heartache of been beaten in the semi-final (2015) and final (2014) that drove them on to glory. 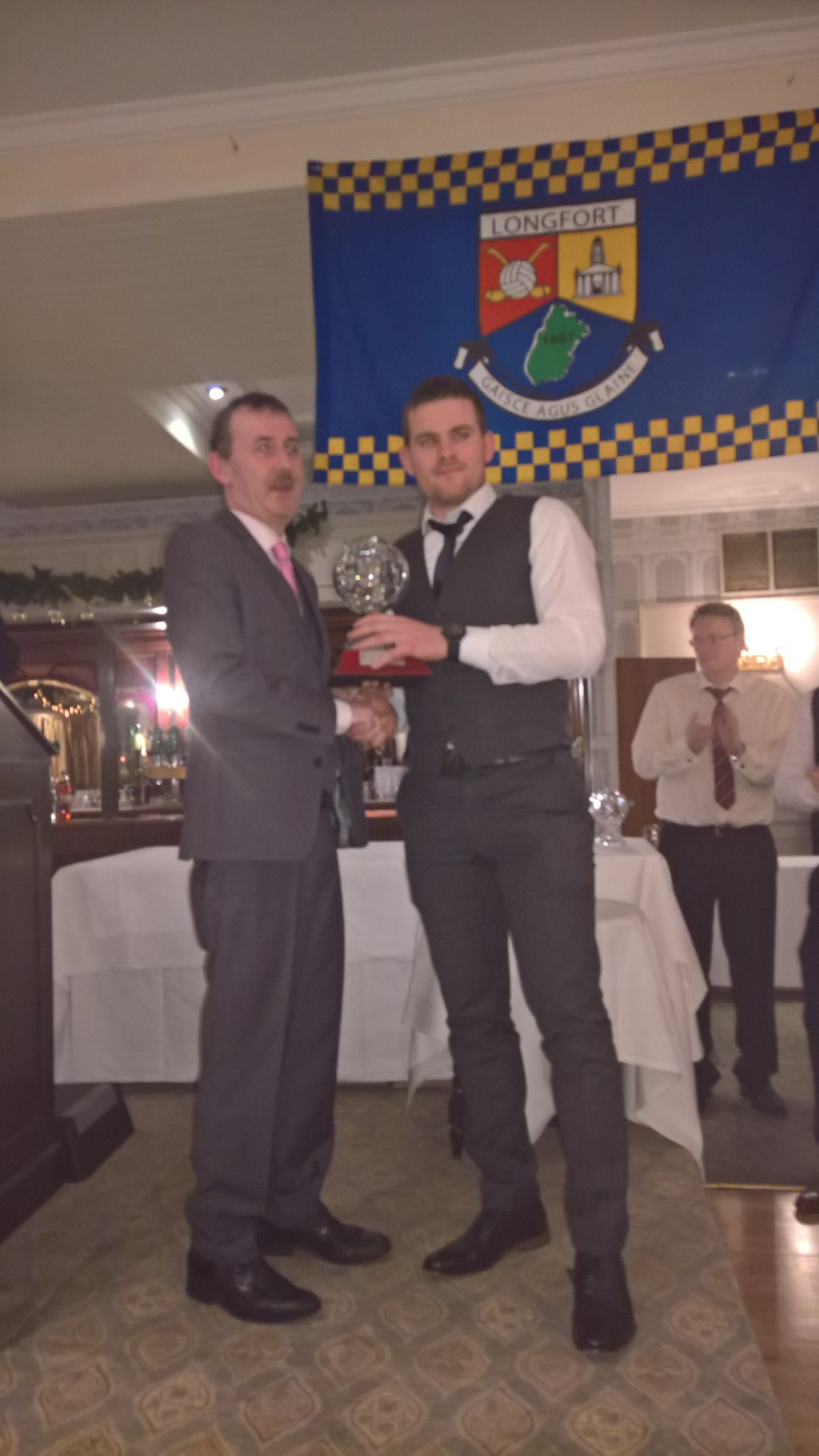 James fended off opposition from club mate Gary Rogers and Robbie Smyth (Abbeylara) to win the Senior Player of the Year accolade as selected and voted for by readers of the Longford Leader.

The Longford Leader / Longford GAA Team of the Championship was dominated by Mullinalaghta St Columba’s, with the county champions supplying nine of the side. The nine players feature in the main photograph that accompanies this article. 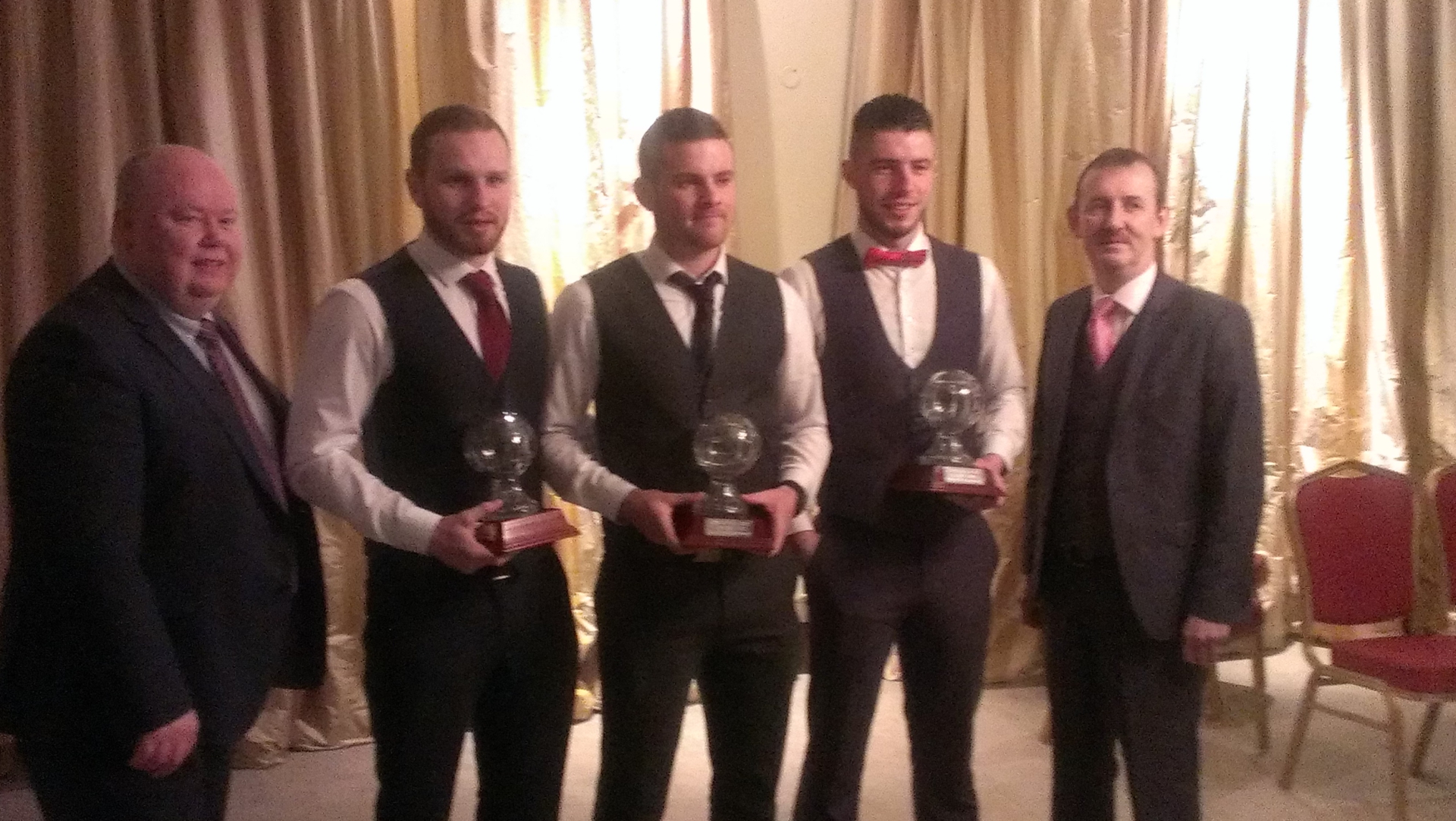 In the four other award categories as voted for by the public, Willie Skelly (St Brigid’s Killashee) won the Intermediate Player of the Year award ahead of Andrew Farrell (Cashel) and Dessie Reynolds (Sean Connolly’s).

The Intermediate ‘B’ / Junior Player of the Year award winner was Ciaran Keogh (Killoe Emmet Og) who fended off opposition from two club mates Ger Carberry and Joe McCormack.

There was further success for Killoe as Jactina Brady was chosen as the Ladies Player of the Year ahead of Leanne Keegan (Mostrim) and Mairead Reynolds (Dromard). 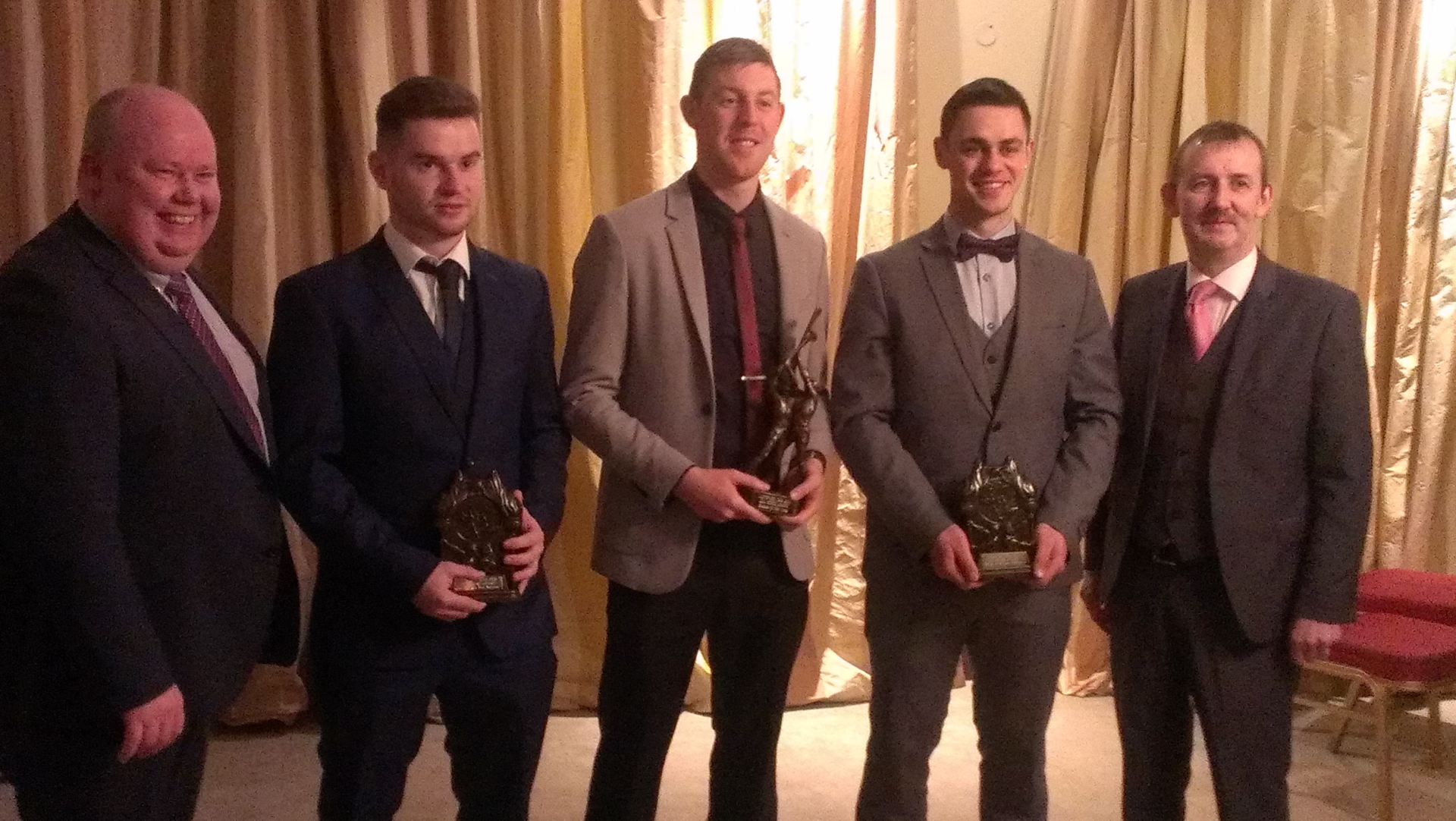 The voter’s choice for Hurler of the Year was Seamus Hannon (Wolfe Tones) and he got the verdict ahead of Karl Murray (Longford Slashers) and Gerard Moore (Clonguish).

And the biggest ovation of the night was reserved for St Mary’s Granard legend Rogie Martin who was inducted into the Longford GAA Hall of Fame.