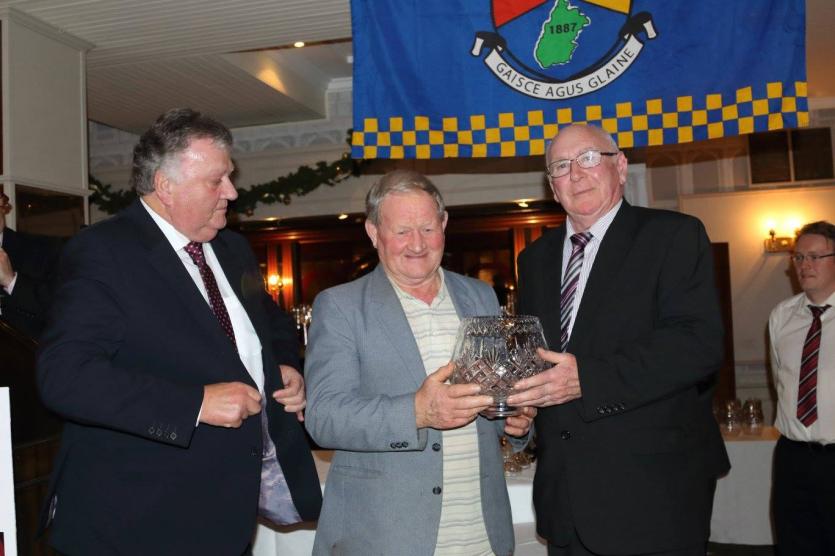 Guests rose to their feet and accorded a rousing ovation to Rogie as he made up his way up to the stage to accept his award from Longford GAA President Jimmy Fox and GAA Trustee John Greene.

Accompanied by many of his Granard playing colleagues from the 1950s, 60s and 70s, it was fellow clubman Seamus Finnan who had the honour of introducing of Rogie and reflecting on his GAA career as a player, trainer and referee. You can listen to Seamus in the audio that accompanies this article.

Rogie’s club career spanned four decades, and he won a Longford Junior Football Championship medal in 1958, and won Senior Football Championship medals in 1966, ‘67 and ‘70. He spent four years on the Longford senior squad and in 1960 he was the county’s leading scorer. He also lined out with Granard during the 80s so he possessed tremendous longevity. 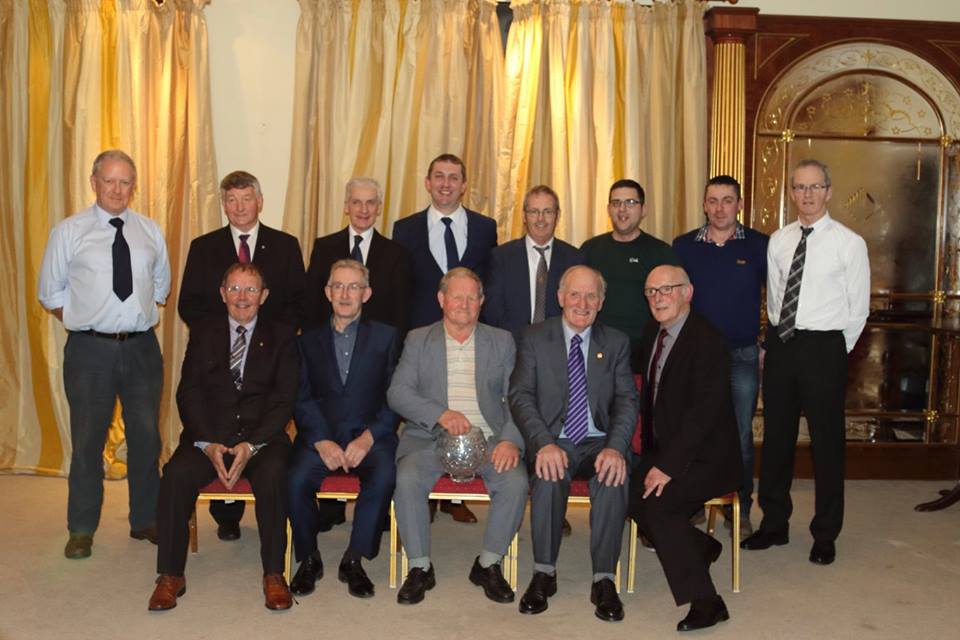 Longford GAA Hall of Fame award winner 2016 Rogie Martin pictured above with many of his St Mary's Granard playing colleagues.

As a trainer, Rogie had the midas touch and inside a glorious ten year spell, he led Granard to seven county minor titles. He also trained neighbouring clubs Abbeylara, Mullinalaghta, Ballymore and some club sides in Cavan, and Longford juvenile and minor teams.

An accomplished knight of the whistle, Rogie refereed many county finals from underage to adult level, including three senior finals.

Rogie has been a source of inspiration to generations of players in St Mary’s Granard club and throughout the county and he was a very popular inductee into the Hall of Fame.